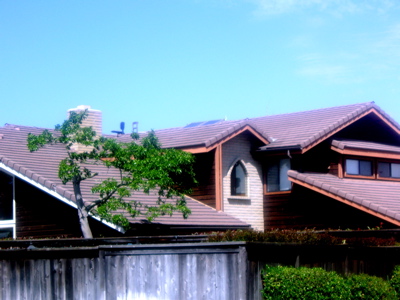 As I pulled up to my parents house the other day I saw something really weird. An office-like set-up on top of their roof.

I stopped in the middle of the road and just stared at the two random chairs. Look close. They are there. 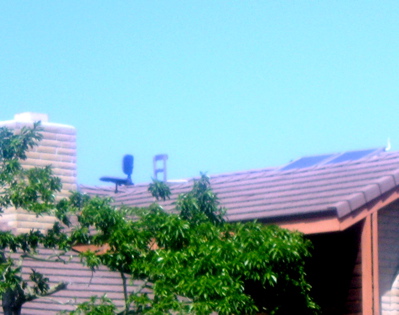 I immediately sought out my brother Dan (he’s always my first culprit). When I asked him about the chairs he smiled and responded non-chalantly, “Oh that’s where Matt and I hold our conferences.”

If you do not know Dan and Matt, here’s a brief description of the individuals who were Teen Wolf and Wolf Buddy respectively at the Intense Individual Party. 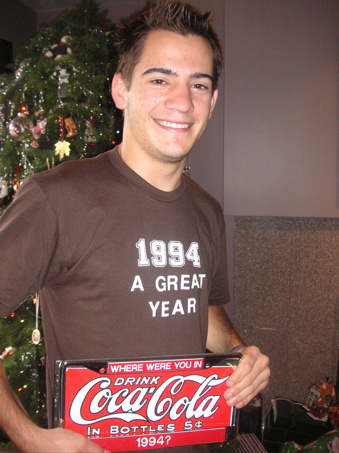 Dan is 19 years old and constantly beats me in tennis. He also thinks about mangos when he gets his picture taken. 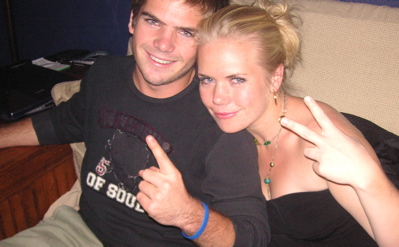 (btw: this picture will be the other way around in a few months. I am close to beating him.)

Of course I asked Dan what their conferences were all about but I was told that they were “confidential.”

They are so suspect.

But what he “could” tell me was that they eat sunflower seeds and drink coca-cola up there.

OK. Thanks that helps.

Dan then went on to tell me that the chairs had been there for about 9 months.

I am sure my parents have been wondering where their office chairs went.

I can’t imagine what the neighbors talk about. “Oh yeah those Comries, they live in that house with the office on top of the roof.”

RANTS THAT I HAVE BEEN JUGGLING IN MY MIND

Category Misc.Posted on Aug 14May 18

RANTS THAT I HAVE BEEN JUGGLING IN MY MIND

This post is a simply -- a rant. I couldn't fall asleep tonight so I decided to get the rants out that have been playing on my mind for quite sometime now. I never wanted to write about them because…
END_OF_DOCUMENT_TOKEN_TO_BE_REPLACED
Category Misc.Posted on Apr 11

Over the past year poor Ardy, the rubber duck, has taken a beating. Let's just say Ardy in flight is not as easy to capture as one may assume. (Thanks, Noodle.) It has been over a year now since I …
END_OF_DOCUMENT_TOKEN_TO_BE_REPLACED
Category Misc.Posted on Jan 22May 18