Wednesday night was Hallie’s bridal shower and I am here to inform you that yes, she got three sifters. No need to worry about that one. It’s taken care of and she is all sifted out. 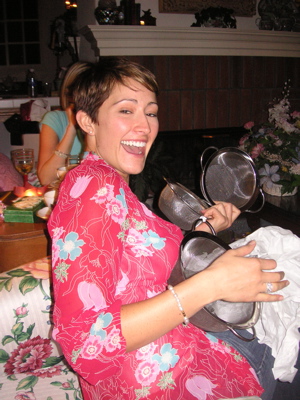 Maybe you know what a sifter is…maybe you don’t. If you don’t, well here is the definition. Sifter (n) : a household sieve that separates the fine from the coarse particles. Exciting, huh?

I personally have only sifted once in my life and it was because the shortbread cookies called for “sifted flour.” If my Grandma wasn’t there in the kitchen with me I probably would have skipped over that step and been like “LaLaLa…I didn’t read that” but Grandma was adamant that “I sift the flour.” So of course I did. I mean, she’s my Grandma. When she tells me to sift. I sift.

and I am 100% convinced that sifting the hell out of the flour was the main reason. 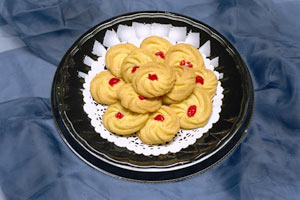 The thing about sifting that baffles me is that most flour comes pre-sifted but sometimes the recipe calls for sifting no matter what. I guess it’s a good thing Hallie got three sifters. Sometimes you just need to sift the flour itself, other times (more complicated times) you need to sift together a mixture of things. (e.g. flour, salt, and cornstarch.) Putting it all together in a bowl and stirring it with a spoon just wouldn’t do. YOU MUST SIFT!

My friend Heidi was in charge of listing the gifts and who gave them to her. I like this picture because it’s looks like Heidi is saying, “Ummmm…who….gave…her…this…sifter?” 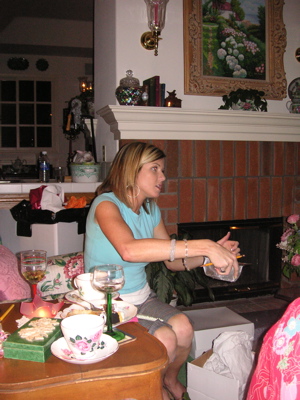 And then there’s my friend Katie who looks to be in shock in awe at the site of three sifters. “Hold on, another sifter?” 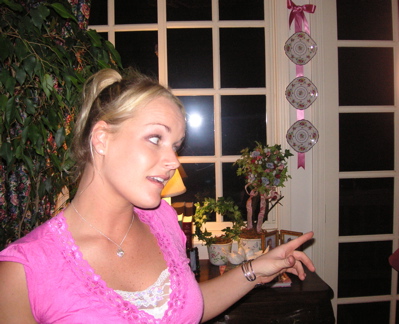 So Katie and I started thinking of t-shirt ideas in regards to sifting.

Our favorite: “I’m Married But I Still Sift In Three Sizes.”

Here is a picture of Hallie in a quintessential “This-is-my-Bridal-Shower-I-now-own-three-sifters” moment. 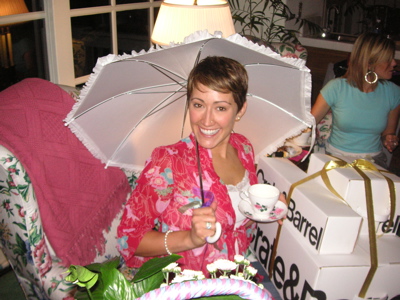 Why the umbrella? Well, it was placed by the presents in light of the “shower.”

When I read this headline, "FIRM HAS HIGH HOPES: MARS COLONY BY 2025," in the paper Saturday morning I almost put the paper back in the bag, back outside on my doorstep, and crawled back into my bed t…
END_OF_DOCUMENT_TOKEN_TO_BE_REPLACED
Category Misc.Posted on Feb 26

WHERE DID FEBRUARY GO?

So I just found out that we have a month called February! It falls sweetly in between Jan and March (the former being a popular unisex name made even more popular by Eve Plumb...the latter not used as…
END_OF_DOCUMENT_TOKEN_TO_BE_REPLACED
Category Bill O'ReillyPosted on Mar 19Dec 04

I've done it. You may have done it, too. Hit the CAPS LOCK when trying to type an A in an email. Without noticing you start to YELL as you continue to write only to realize after a few words or so …
END_OF_DOCUMENT_TOKEN_TO_BE_REPLACED
Category Misc.Posted on Jul 30