It’s almost hard to pick just one Intense Individual Under the Sea every day because….THERE IS SO MUCH GOING ON DOWN THERE. But I will stay true to Ocean Week and only pick one. Today, it’s the Axolotl. Destined to be a Hollywood Star in the next Pixar movie if I had my say in it. This little guy is off the charts. Happiest creature in the deep blue? I think so! 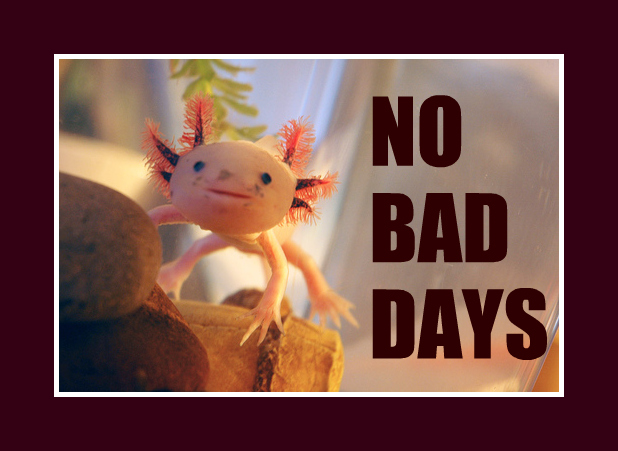 Sometimes when I am driving I see those stickers on cars that say No Bad Days and now I know what they are talking about….Axolotls! There is no way if you look like this you would ever in your life have a bad day. I imagine the sea creatures swimming among the Axolotls just bowing down to them as they float on by. These little guys are so freakin’ cute you almost need to take a cute break and just google Nick Nolte’s mugshot. 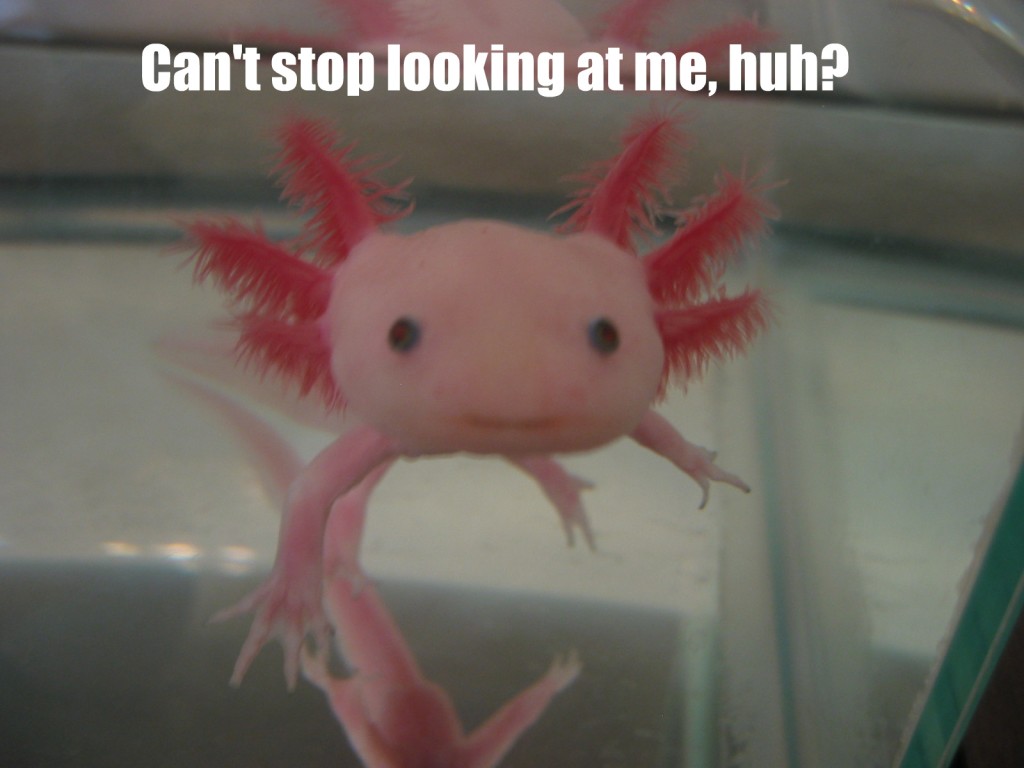 Now the only thing this dude needs to do is get a new name for the stage. If Cherilyn Sarkasian La Pierre (Cher), Cordazer Calvin Broadus (Snoop Doggy Dogg), and Demetria Gene Guynes (Demi Moore) can do it…so can you Mr. Axolotl. So far the one name that I think would be a perfect stage name for this guy is Cody Rain. What do you think? 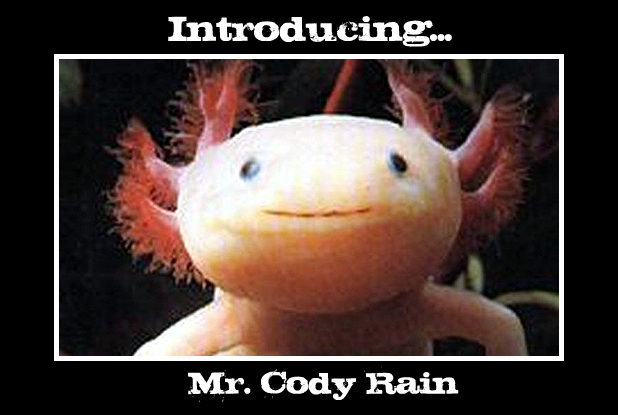 A couple of weeks ago I participated in an event. It was an event of great magnitude. An event that consisted of many rocks, paper, and scissors. Yes, you guessed it. The Rock, Paper, Scissors West…
END_OF_DOCUMENT_TOKEN_TO_BE_REPLACED
Category Misc.Posted on Jan 02Jan 02

...Yes this is someone's bedroom. I need to know more. And also need to purchase it for my sister's birthday. Happy 2017. See you in my dreams.…
END_OF_DOCUMENT_TOKEN_TO_BE_REPLACED
Category Misc.Posted on Oct 08Oct 09

This succulent is so unbelievable. This is an unbelievably "tight" mixed CD I found in my sister's car. Definitely created in the early 2000's. Oh Nelly it really is so hot in "herrrrr." …
END_OF_DOCUMENT_TOKEN_TO_BE_REPLACED
Category Misc.Posted on Oct 07

Sunny With A Chance Of Showers

Wednesday night was Hallie’s bridal shower and I am here to inform you that yes, she got three sifters. No need to worry about that one. It’s taken care of and she is all sifted out. Maybe you know …
END_OF_DOCUMENT_TOKEN_TO_BE_REPLACED