There is some serious Intensity going on in the ocean.  Weird things are happening down there and it’s time we discuss them.  Each day this week we will be posting an Intense Individual living below us and give a little street cred that is long overdue. We will also have a guest blogger on the site on Wednesday! Stay tuned! 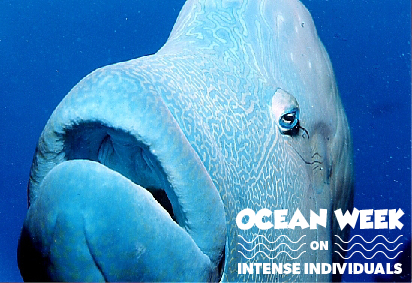 First ii under the sea…the Napoleon Wrasse also known as the Humphead Wrasse. They are about 3-4 times the size of a human as you can see in the pic below. 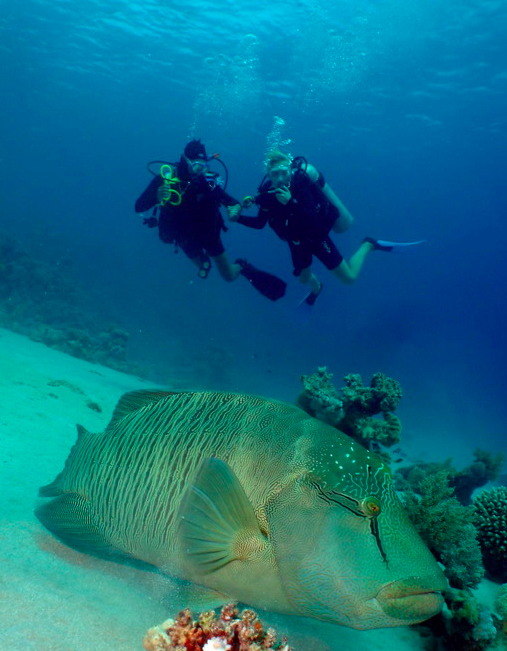 My friend Dug actually saw one of these in the ocean during a diving trip in the Great Barrier Reef. This fish is one of the coolest fish I have ever seen as it looks like it should be the size of a little goldfish but really it’s massive! Wikipedia notes that some males grow very large, with one unconfirmed report of a Humphead Wrasse that was 7.75 feet long and weighed 420 lbs. Oh how I love unconfirmed reports…but this one I will just believe because this fish is so unbelievable anything people say about it could most definitely be true.

Now that I know this individual exists, I will forever believe all scuba divers are out to find one thing and one thing only… 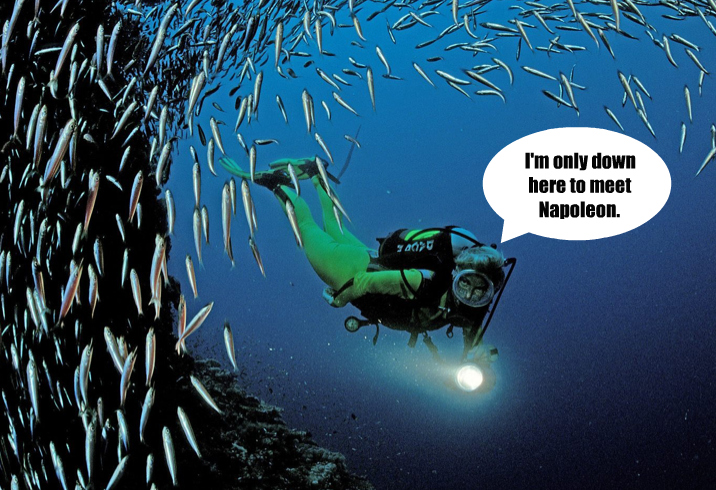 My brother Brian made a funny short about Quintuplets that are reunited after 25 years. Very Intense. :) My friend Deirdre Wall plays the newscaster. Check it out!See more funny videos at Funny or Di…
END_OF_DOCUMENT_TOKEN_TO_BE_REPLACED
Category Misc.Posted on Jan 16

INTENSE WOULD BE AN UNDERSTATEMENT

This is just a sneak peak at the Intensity that transpired on Saturday night at The Intense Individual Party #4. I mean when else would you get KISS and Sharbat Gula chillin' together? I will post a…
END_OF_DOCUMENT_TOKEN_TO_BE_REPLACED
Category Misc.Posted on Mar 01

My little sister Jill (pictured below) LOVES pigs. And by "loves pigs" I mean she actually HATES them. You see in my family, when you hate something that much, we never let you forget it. So back in …
END_OF_DOCUMENT_TOKEN_TO_BE_REPLACED