So I think that picture explains it all. 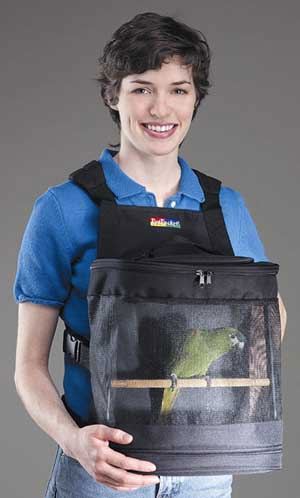 Pets have started to control us.

At PetSmart in La Jolla they’ve lost it. They have really lost it with the puppy and cat toys. But you know, I guess they had to. We are demanding it! I mean WE AS HUMANS have lost it when it comes to pets. About 50% of dogs now wear clothes, they stay at nicer hotels than I do, they eat organic, and get their clothes dry cleaned. Anyway, that said I do love pets. (But I draw the line with snakes.) I love the dog park. Lots going on there.

Anyway, I found the following picture hilarious. I was outside PetSmart the other day and they have this place where you can watch all the dogs who are staying at the doggie hotel through glass windows. You can just sit their and gush over the canines and play the “oh my gosh can we get him” game. This took “how much is that doggie in the window” to a whole new level.

As I watched this mayhem I suddenly realized there was a HUMAN in there. So I decided to watch only him for a couple minutes and I swear to you…his expression DID NOT CHANGE for about 5 minutes straight. 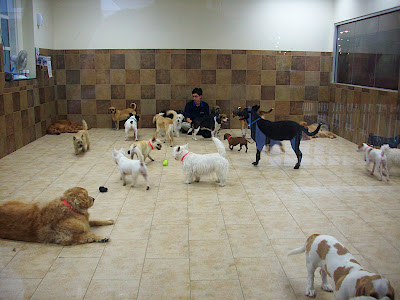 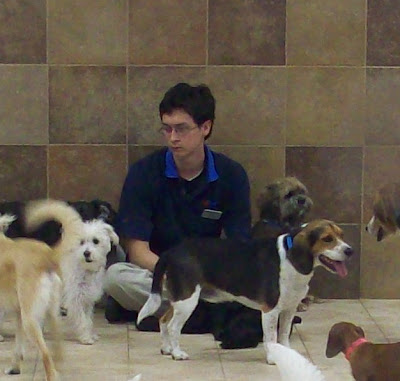 Maybe he was a cat person? I don’t know but I wanted to run in there and tell him to demand the manager switch him to the fish department. That way he’s guaranteed not to be thrown “into the mix.”

On the dog theme… This is also a picture that shocked me. The way these twins cut their dog’s hair was amazing. Oh and I guess you could also call their identical outfits amazing as well. I think any twins who dress identical after age 8 are Intense Individuals. Unless it’s twin day at school. Or at the office. Although Twin Day at the office would just be awkward. 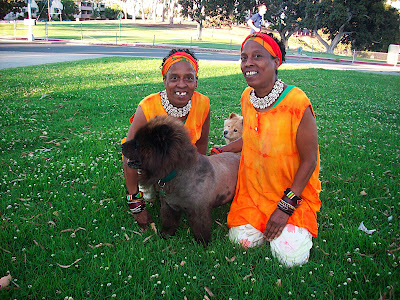 These dogs were staying at the Broadmoor Hotel in Colorado Springs. I think they were sharing a room with their owners though. But that is just a guess. 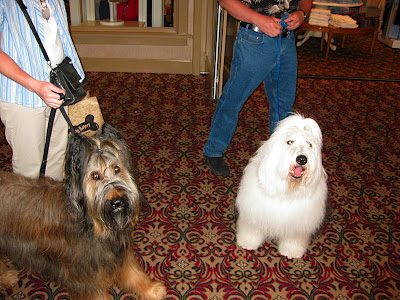 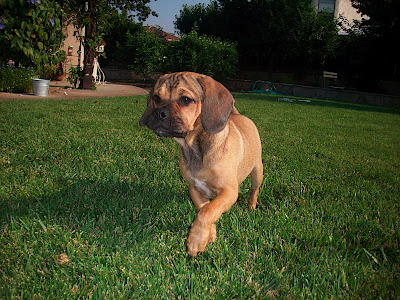 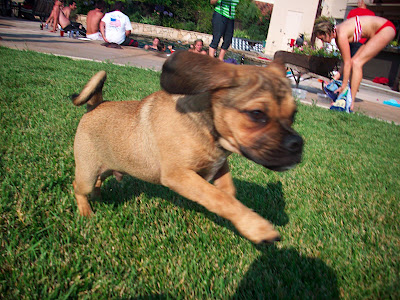 This guy at Golden Spoon loved his puppy so much. I mean…seriously how could you have any hate for a creature who looks like this. His name was Seven. Why? It’s God’s number. But I swear I read on his nametag it read Se7en. Nervous. (btw: Glad Morgan Freeman and his voice over voice are OK after the crazy crash!) Ironically he played God in Bruce Almighty. So maybe there is some connection to this dog and Morgan. 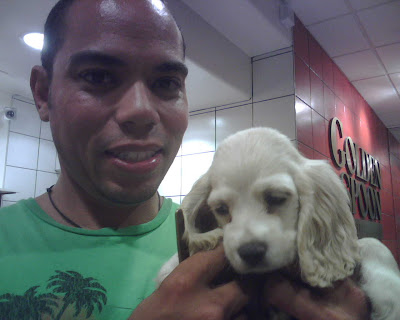 And lastly on an Intense animal note. Here is Ernesto getting licked at the San Diego Zoo by a giraffe. 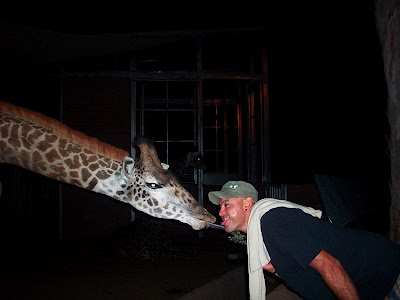 The Culprit confessed last night via text message at 11:13pm.I can now rest peacefully.Here is a picture of her I took in March of 2005. Here are some things about her if you're bad at puzzles* and c…
END_OF_DOCUMENT_TOKEN_TO_BE_REPLACED
Category Misc.Posted on Jun 16Jun 23

There is no other way to describe the World Cup other than INTENSE. So for the next month Intense Individuals will bring you your World Cup Intense Individual of the Day. We encourage you to submit…
END_OF_DOCUMENT_TOKEN_TO_BE_REPLACED
Category Misc.Posted on May 05