Little did I know that when Saskia

introduced me to Cholula 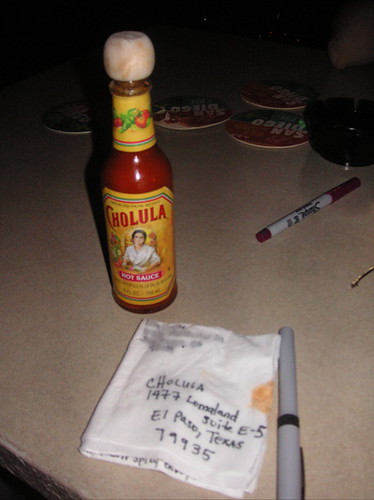 One evening back in August some of my friends and I were at happy hour having a few drinks. When our appetizers came out, the waitress not only brought over ketchup and mustard but also a bottle of Cholula. PRAISE THE LORD. This was going to be a good night.

As we sat there dousing our meals with the hot sauce of all hot sauces I noticed an address on the bottle. An El Paso address. Already having a few drinks in our system, Nicole and I decided we HAD to send Cholula a thank you letter for making such a delicious condiment. 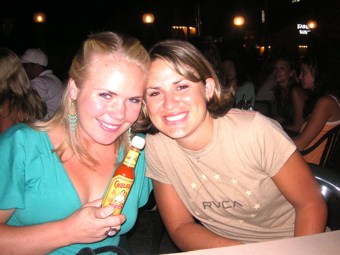 So we opened up a napkin that was sitting on the table and started writing a thank you letter to the Cholula family for creating a sauce worshiped by so many. We also asked kindly if we could be given a tour of the factory if we were ever in El Paso.

The individuals at our table signed their names and we folded the napkin up. For authenticity purposes we added a nice little touch of Cholula for a sealed with a kiss feeling and wrote the address on the front. 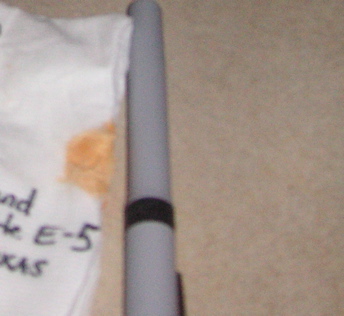 The next day I placed a stamp on the front, taped the sides of the napkin up to give it some weight and put it in the mail.

And forgot about it.

Four months later I received an unidentified parcel in the mail from El Paso.

Nervously, I opened it up ( just like the time I got the Sharpies in the mail – thank you Bergie

). I did not know anyone in El Paso and had forgot about the napkin. But there inside, were eight amazingly wrapped t-shirts in the shape of Cholula bottles. Under the shirts was a letter typed out from the company thanking us for our support and offering their apology that the factory was not holding tours since the bottling factory happens to be in Mexico.

Here are Mark and Nicole with their t-shirts. The most intense t-shirt wrapping job I have ever seen. 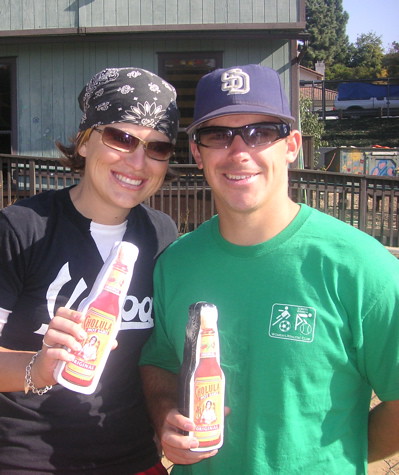 I am still getting coupons in the mail. Now that’s HOT. (Sorry I had to.)

I Need To See You In My Office...We Need To Talk

I See This Guy Everywhere

It started about a year ago...and I don't know why. I seriously see this dude everywhere. Or at least people that look EXACTLY like him. He's Richard Attenborough aka: John Hammond, the owner of Juras…
END_OF_DOCUMENT_TOKEN_TO_BE_REPLACED
Category Misc.Posted on Aug 18

So I think that picture explains it all.Pets have started to control us. At PetSmart in La Jolla they've lost it. They have really lost it with the puppy and cat toys. But you know, I guess they had …
END_OF_DOCUMENT_TOKEN_TO_BE_REPLACED
Category Misc.Posted on Feb 13May 18

Make it a Great One! …
END_OF_DOCUMENT_TOKEN_TO_BE_REPLACED