It was a crisp Sunday afternoon in San Francisco and Hew (short for Matthew) was taking his dog, Scooby, out for a stroll on the beach. 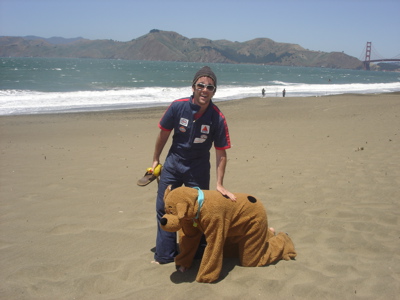 Suddenly out of nowhere a man carrying a Nancy Kerrigan doppleganger on his shoulders walked by wearing only blue leggings and a green top hat. Completely blissed out by this extraordinary gymnastics feat, Hew and Scooby strolled onto the beach, failing to see the “No Dogs Allowed” sign.

So intrigued by the intense concentration of the man, Hew kept his eyes glued on the dynamic duo until they became silhouettes in the sun.

With the Golden Gate bridge to his right, Hew took a deep breath and pondered the absurdity of the blue leggings while he ingrained the image of the man and woman in his mind forever. 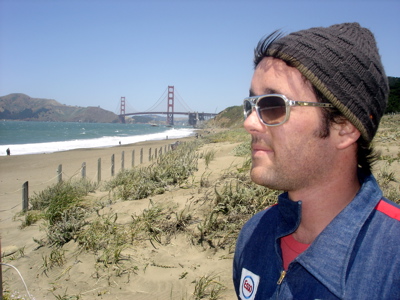 Totally stuck in a moment he couldn’t get out of, Hew took his eyes off Scooby for a split second and let his mind wander back to his 3rd grade English class. When he finally snapped back to reality, he turned around to find a female police officer holding Scooby by the collar.

“What’s going on?” Hew asked as his heart began to pulsate rapidly.

With her grip tight on Scooby’s collar, the officer glared disapprovingly at Hew and yelled, “Do Hew know Hew are breaking the law? NO DOGS ALLOWED!!!”

“I didn’t see the sign!” cried Hew as he rolled up his jumpsuit.

“I think Hew are lying to me!” the officer screamed back at Hew as she stormed away with Scooby.

Hew ran after her as he cried out in indignation, “Where are Hew taking Scooby?”

Without turning around the officer hollered out, “I’m taking him to the pound.”

Scooby couldn’t comprehend what was going on but Hew knew the severity of the situation. 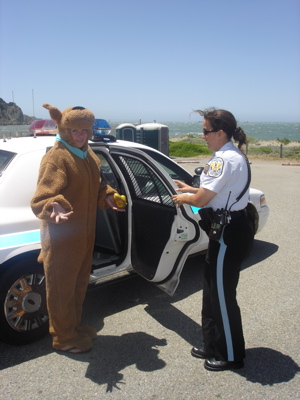 As the officer opened the car door, she whipped out the handcuffs and it was obvious to Hew there was no turning back. 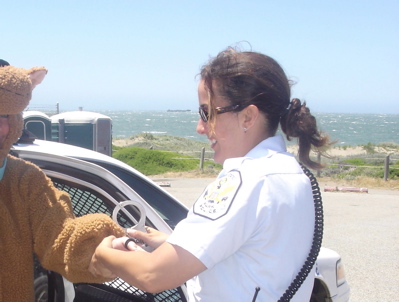 Hew cried and cried as he watched the officer throw Scooby into the car. 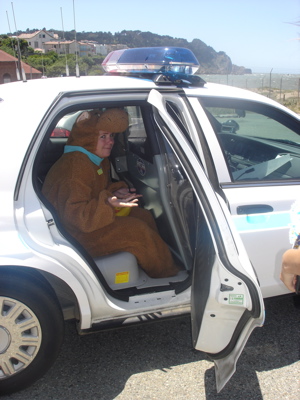 What was supposed to be a nice little Sunday at the beach with Scooby turned into the worst day of Hew’s life. Left all alone, Hew gave Scooby one last look through the fenced window as he watched the police car drive away. 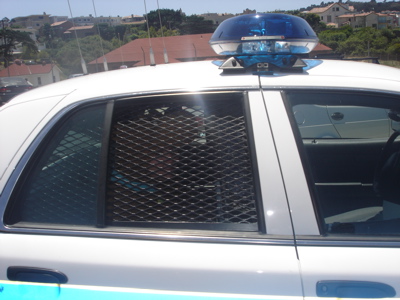 When the car was finally out of sight, Hew turned back to the beach gasping for air with tears rolling down his cheeks. He walked toward the water and followed Scooby’s paw prints in the sand until they were washed away by the water forever. 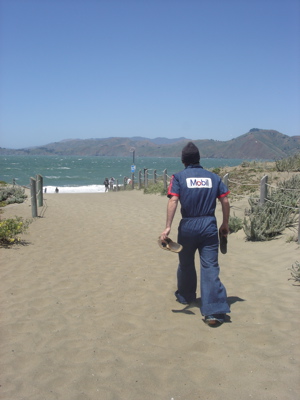 Last Day of Ocean Week – Fit for a King

The King of Herrings (the oarfish) is truly unbelievable. It is amazingly beautiful and also the most photogenic creature I came across this week. Here he is in an Ariel-inspired "part of that worl…
END_OF_DOCUMENT_TOKEN_TO_BE_REPLACED
Category JudgingPosted on Mar 04Dec 08

I often wonder...at what point does it occur to the "mover" that no more can fit? I am dumbfounded when I see this on the road. Stack-o-holics. These individuals just stack, stack, stack until…
END_OF_DOCUMENT_TOKEN_TO_BE_REPLACED
Category Misc.Posted on Feb 07

This is a very overdue entry but it's been a bit of a busy month...but rest assured...the pics are here and the moments are documented...The INTENSE INDIVIDUAL PARTY #4. -- There were some unbelieveab…
END_OF_DOCUMENT_TOKEN_TO_BE_REPLACED