1) Whitney. Whitney Houston made her guest appearance on the show. I remember watching that episode at 6 years old wondering why Ricky and friends were freaking out so much. Later on when I was singing The Greatest Love of All out of tune along with my at my classmates at our 6th grade graduation, I realized this Whitney Houston woman was kind of a big deal…and so were we – WE WERE GRADUATING FROM THE 6TH GRADE! 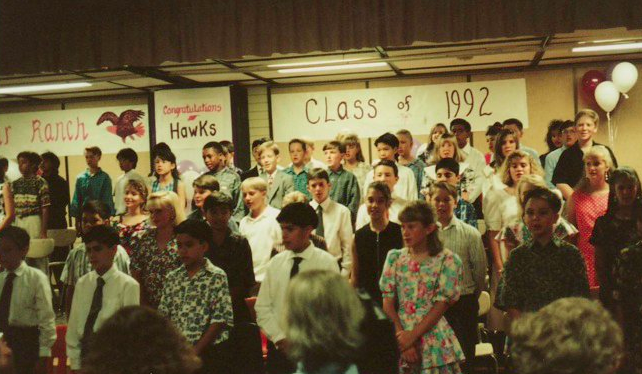 2) Trains. Nobody I knew had a train in their house and they did. This image has been engrained in my mind for 25 years. 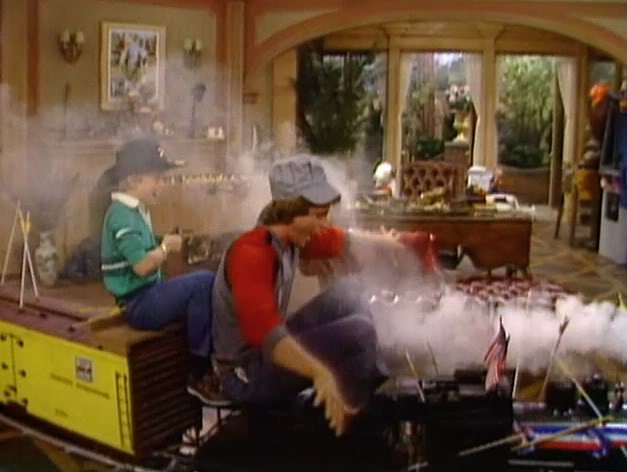 3) Cartlon from the Fresh Prince was Alfonso Spears on Silver Spoons! They were obviously big on keeping the actors real name on that show…Ricky Stratton = Ricky Schroder  and Alfonso Spears = Alfonso Ribeiro.) I wonder why some shows decide to do that. I wish they didn’t. It really bugs me. But really SS was not Alfonso Ribeiro’s big acting break… it was The Tap Dance Kid. He was the star of this Broadway musical in 1983 and then got cast as Alfonso Spears. Here is the commercial for the musical. His dance moves here blow the “Carlton” away.

4) Insecurity. I cannot tell you how many times I heard “Oh you look EXACTLY like Ricky Schroder between the years of 5 and 7.” This makes a little white haired GIRL not feel too good. I stopped watching re-runs around the age of 7 for this very reason because I couldn’t stand to look at my BOY doppelgänger. I am glad I moved past that phase (even though I slipped back into it around 10 years old when Lance cut me a mullet (he called them “sides” to make me feel cutting edge.)

Balboa Park is amazing... So much beauty and color everywhere. It's also a place to see some seriously intense dogs.... Yup that is a dog. No need to buy a mop when you have a pal like that.…
END_OF_DOCUMENT_TOKEN_TO_BE_REPLACED
Category Misc.Posted on Sep 14

I was at the grocery store with Nicole the other day and saw this Soap Opera Magazine cover. Right when we saw it we burst into hysterics. The look on Jason's face is just priceless. A subtle look …
END_OF_DOCUMENT_TOKEN_TO_BE_REPLACED
Category Misc.Posted on Feb 14

Ardy and The Salton Sea