I’m excited to share a post by another Guest Blogger for Ocean Week….The world of the Leafy Seadragon brought to you by Mr. Conor Lastowka. Conor is a great friend of mine and loves bacon more than anyone I know. He’s a comedy writer at Rifftrax, has a tumblr called Bacon, a blog called Citation Needed (which is now also a podcast and a book) where he documents The Best of Wikipedia’s Worst Writing, and is one of the co-founders of National High Five Day. I was talking to him the other night at dinner about Ocean Week and it was clear the man had a passion for something else other than bacon…the Leafy Seadragon. So I asked him to kindly share his knowledge on the little guy. Enjoy!

Just so you’re aware, you’re living in a world where these exist: 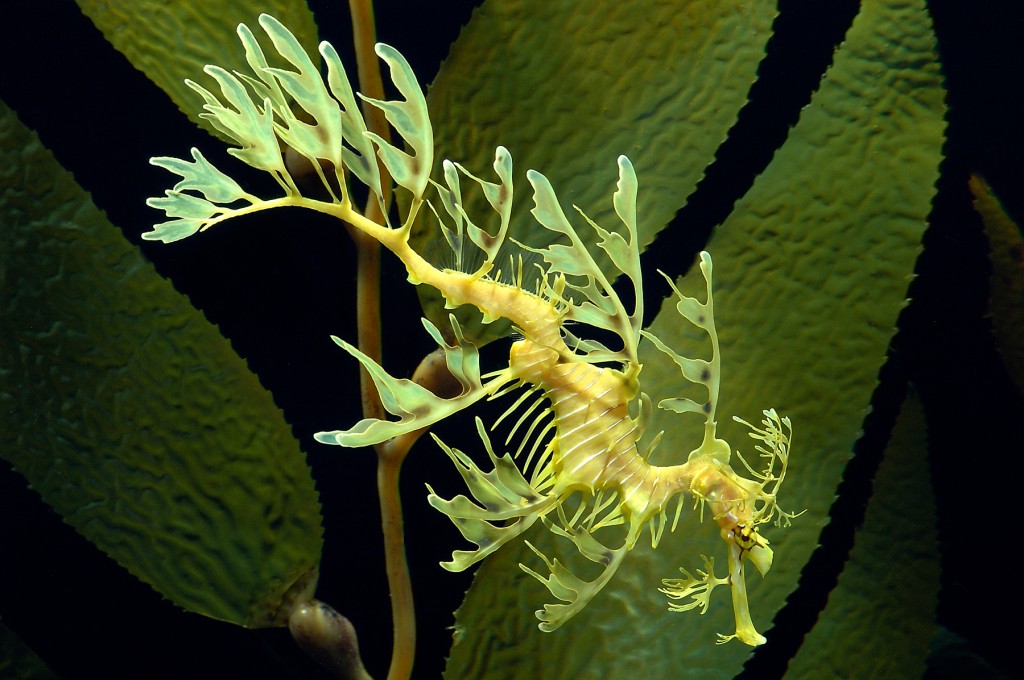 That’s a Leafy Seadragon, also known as a “Thank god they are not nine feet tall.” They are also called Glauert’s seadragon, mainly by Glauert, and by anyone at a party where Glauert is in earshot that wants to spare themselves a fifteen minute lecture.

So you take the seahorse, a sea creature that already has off the charts intensity due to its prehensile tail, color changing ability, eyes that rotate independently of each other and the whole “males carrying the eggs for nine weeks and then giving birth” thing (that we pray never gains any traction on dry land.)  Then you put it and a big stalk of seaweed in some sort of matter transporter, and ignoring all safety warnings, beam it somewhere causing the two to become A) eternally fused and B) hopefully not hellbent on mankind’s destruction. 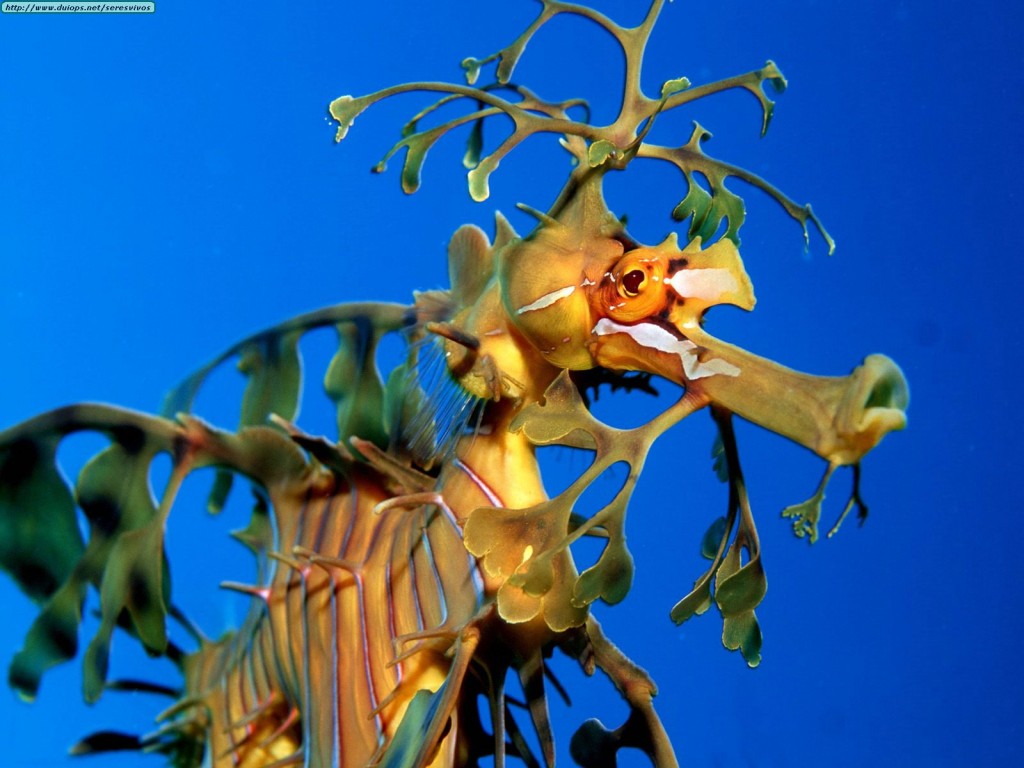 They are found only in Australian waters, which means that could they communicate verbally, they would likely indicate that they feel our American knives do not measure up to their knives. Leafy seadragon’s are such an important part of the culture that the state of South Australia put them on their Official Marine Emblem, an honor so great that there is not a single picture of this emblem anywhere on the internet.  I’ve therefore taken it upon myself to provide what I imagine the South Australian Marine Emblem looks like: 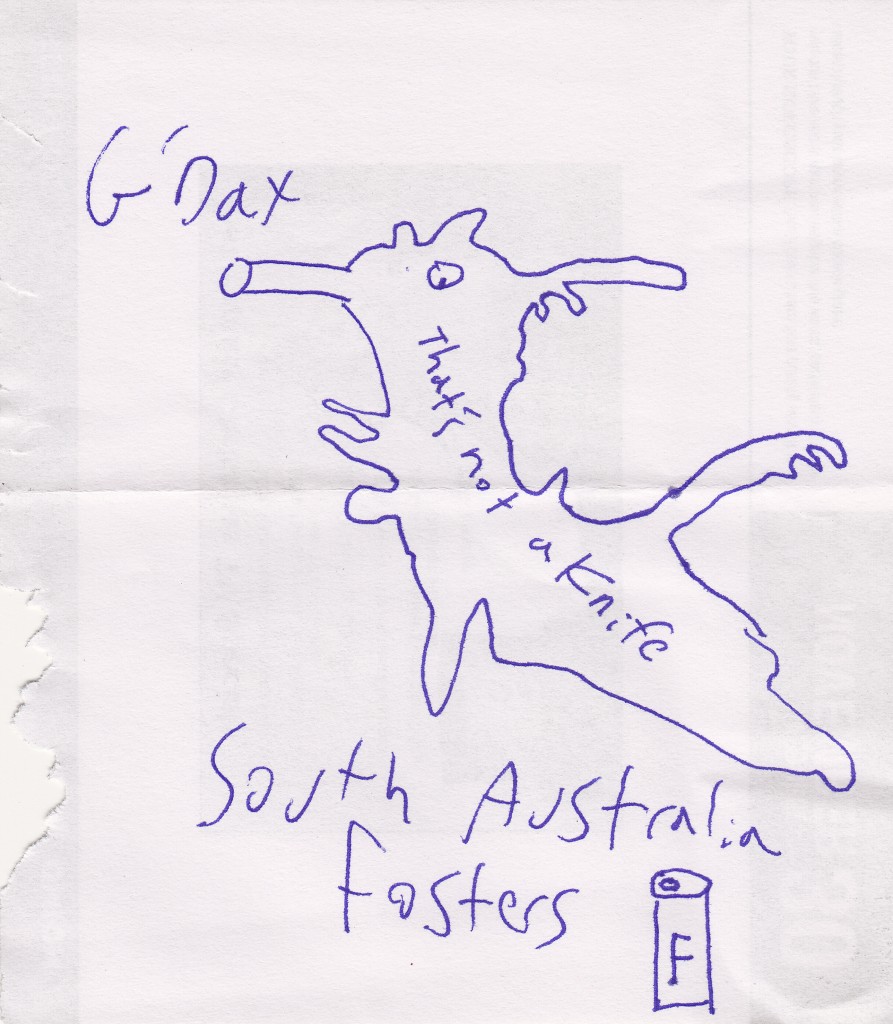 A creature this intense is of course endangered as hell. It’s not up to me to speculate, but I’m pretty sure this is due to bitter discrimination by the seahorse community. 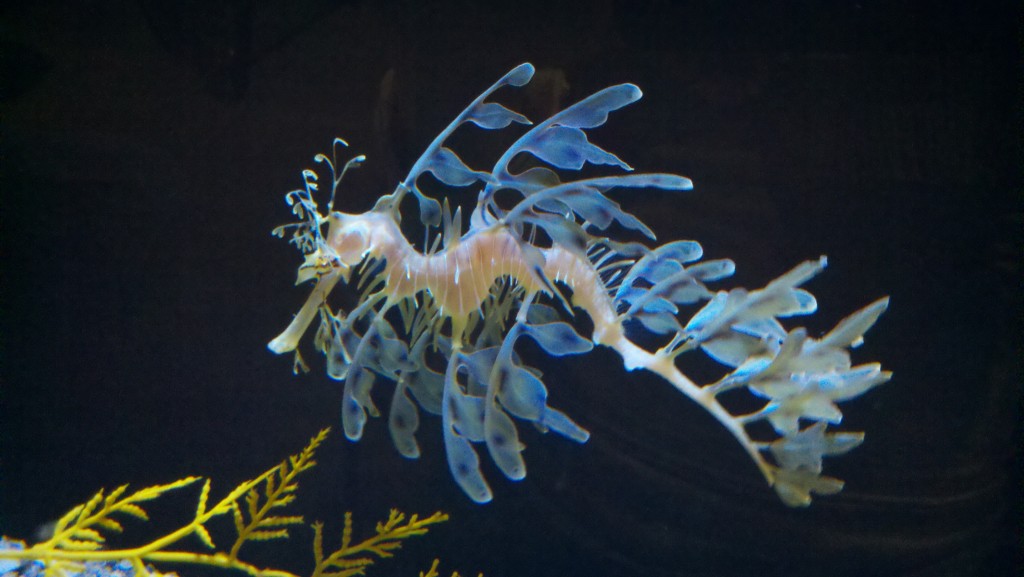 And frankly, this makes sense. If there were two types of people, the perfectly normal people like you, me and this guy, and then people who looked just like us except for the enormous seaweed-resembling protrusions all over their body, we would hunt the freaks down and eradicate them.  That is, if we weren’t already holed up in our fallout shelters trying to ride out whatever nuclear catastrophe had created the freaks in the first place. In fact, someday, all we may have to remind us of these majestic creatures of the deep is this lady’s neck tattoo: 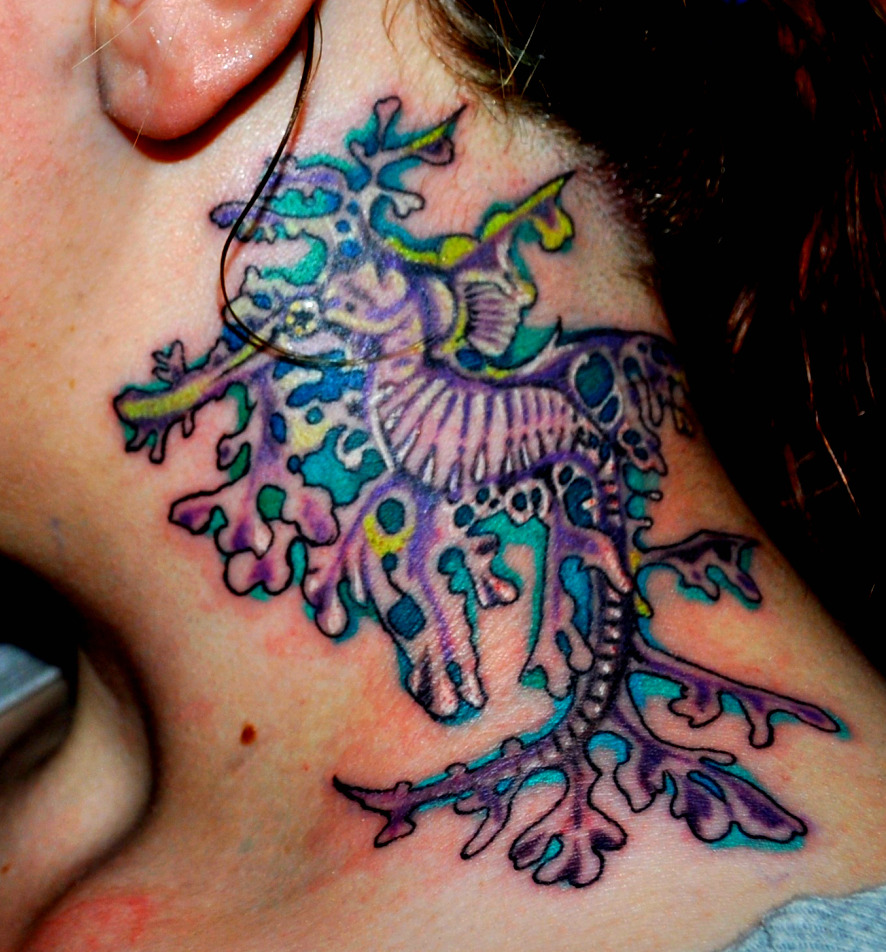 What is my point? The Birch Aquarium in La Jolla, where we took some of these pictures, really should stop using Comic Sans in their Leafy Seadragon exhibit. 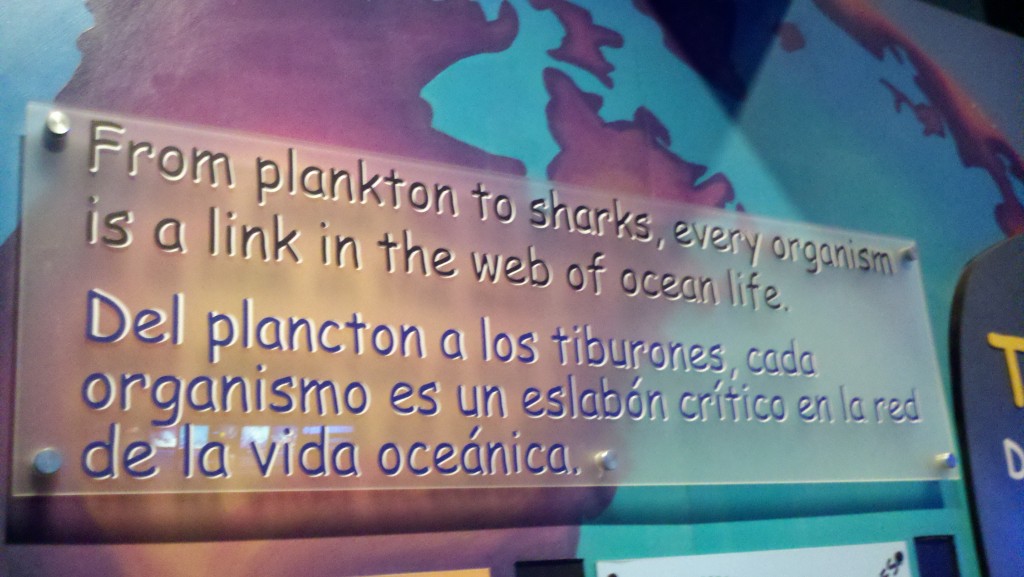 Watch Out She's Ready To Snap!

There are sometimes just not words to actually describe something...you make your own judgement. Photo taken in Puerto Vallarta, Mexico.…
END_OF_DOCUMENT_TOKEN_TO_BE_REPLACED
Category Misc.Posted on Aug 13

My brother Brian made a funny short about Quintuplets that are reunited after 25 years. Very Intense. :) My friend Deirdre Wall plays the newscaster. Check it out!See more funny videos at Funny or Di…
END_OF_DOCUMENT_TOKEN_TO_BE_REPLACED
Category Misc.Posted on Jul 30

I have never re-posted something I have written before but before I write about last night's art show Greg and I went to I have to explain the back story on my friends Hans Stone and Catherine how I c…
END_OF_DOCUMENT_TOKEN_TO_BE_REPLACED
Category Misc.Posted on Aug 18

So I think that picture explains it all.Pets have started to control us. At PetSmart in La Jolla they've lost it. They have really lost it with the puppy and cat toys. But you know, I guess they had …
END_OF_DOCUMENT_TOKEN_TO_BE_REPLACED