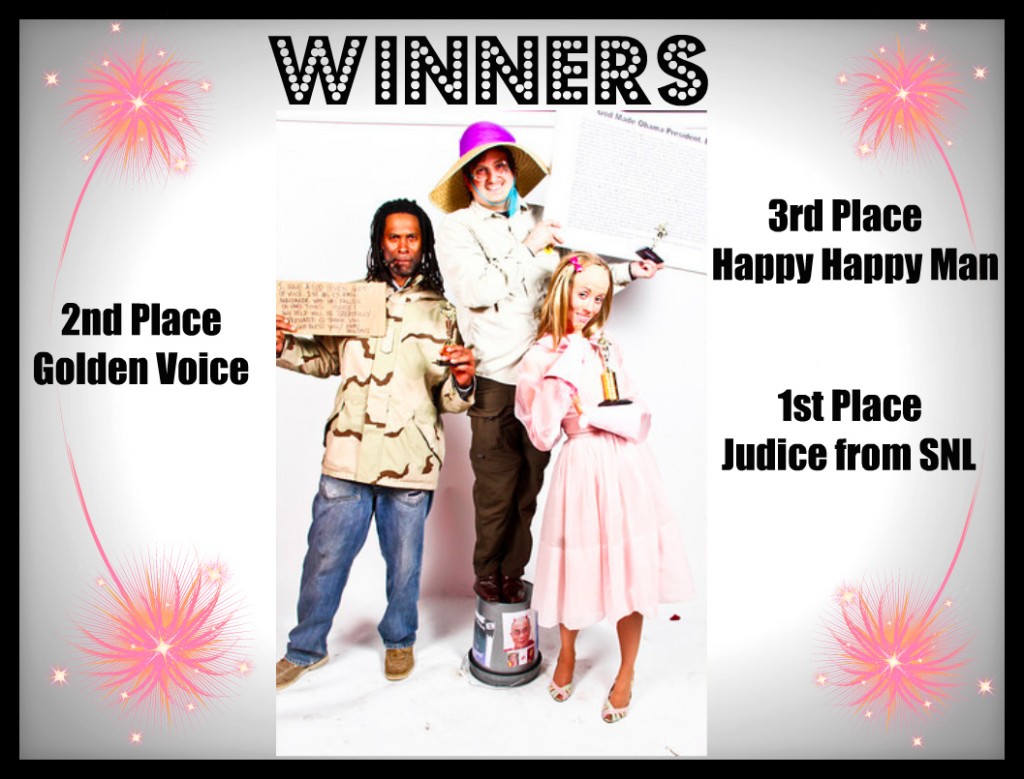 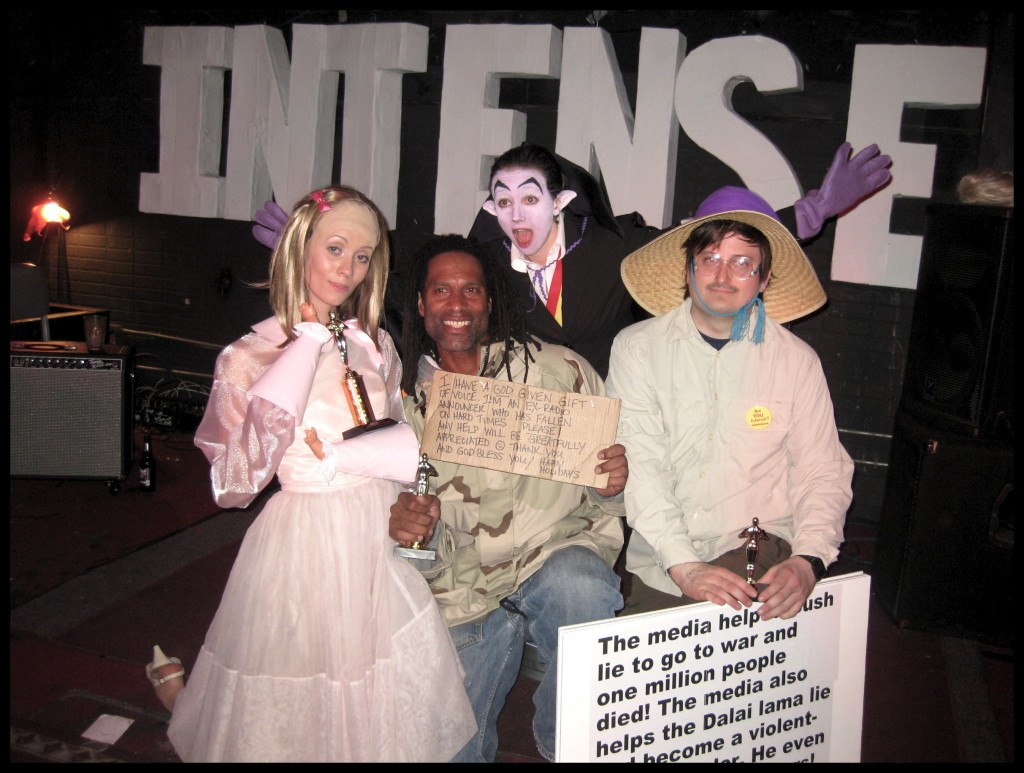 Each of the winners blew us away with their Intensity. Judice from SNL ate pizza with her tiny hands, partied on stage with Zohan as he blew bubbles on her, and was the overall crowd favorite! 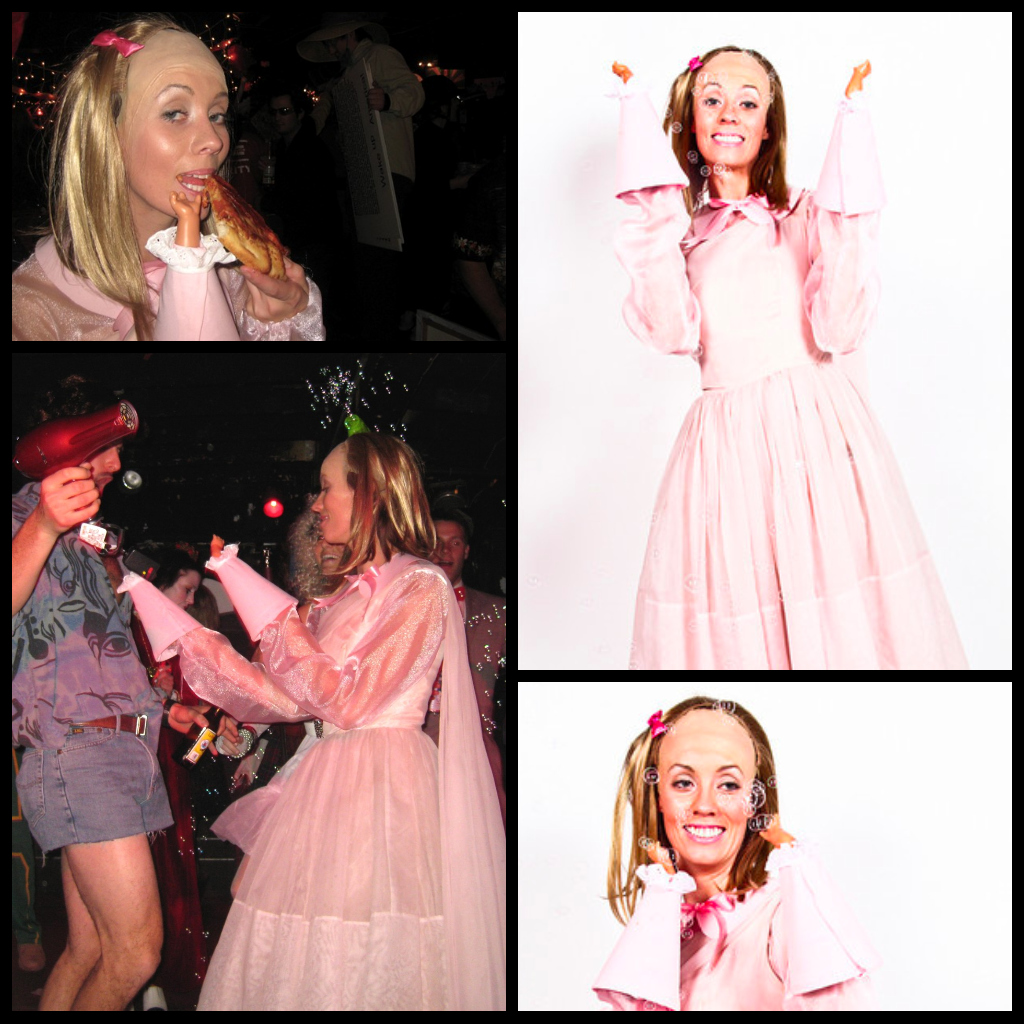 Golden Voice showed off his golden voice. Even Freddie Mercury from Queen was impressed with his pipes. 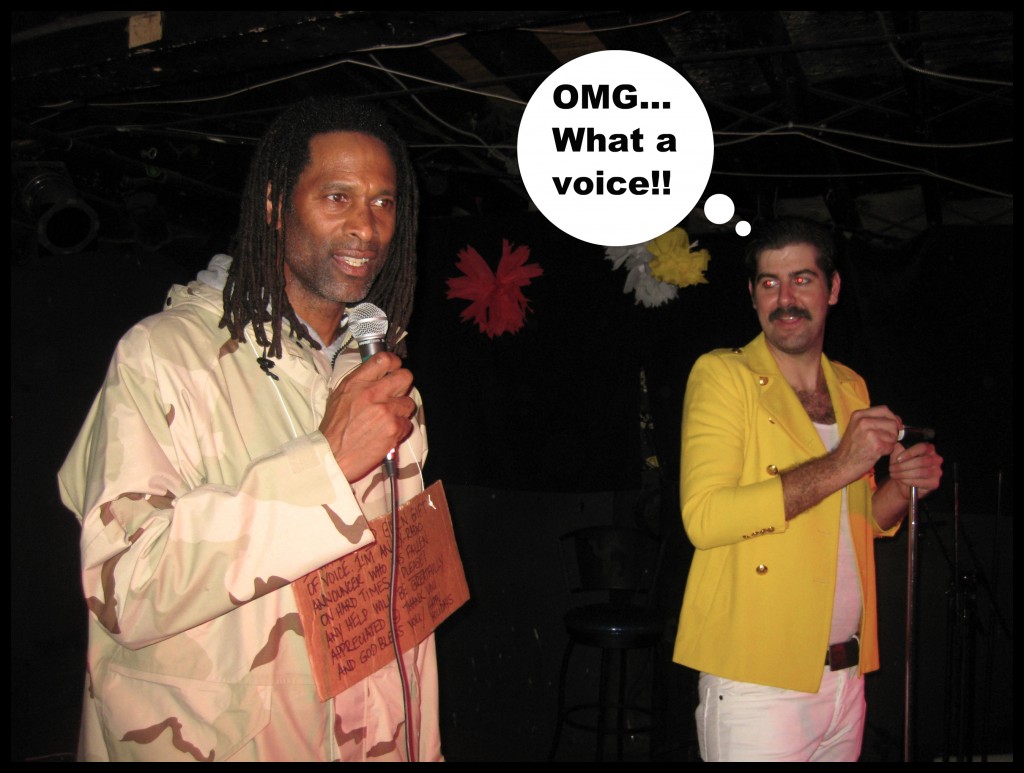 Happy Happy Man arrived 30 minutes before the party began and set up shop outside. One of my favorite moments of the night was when I walked out to get something from my car around 7:30 when the bands were sound checking and I saw my friend Dug standing on a bucket as Happy Happy Man. Totally in character. 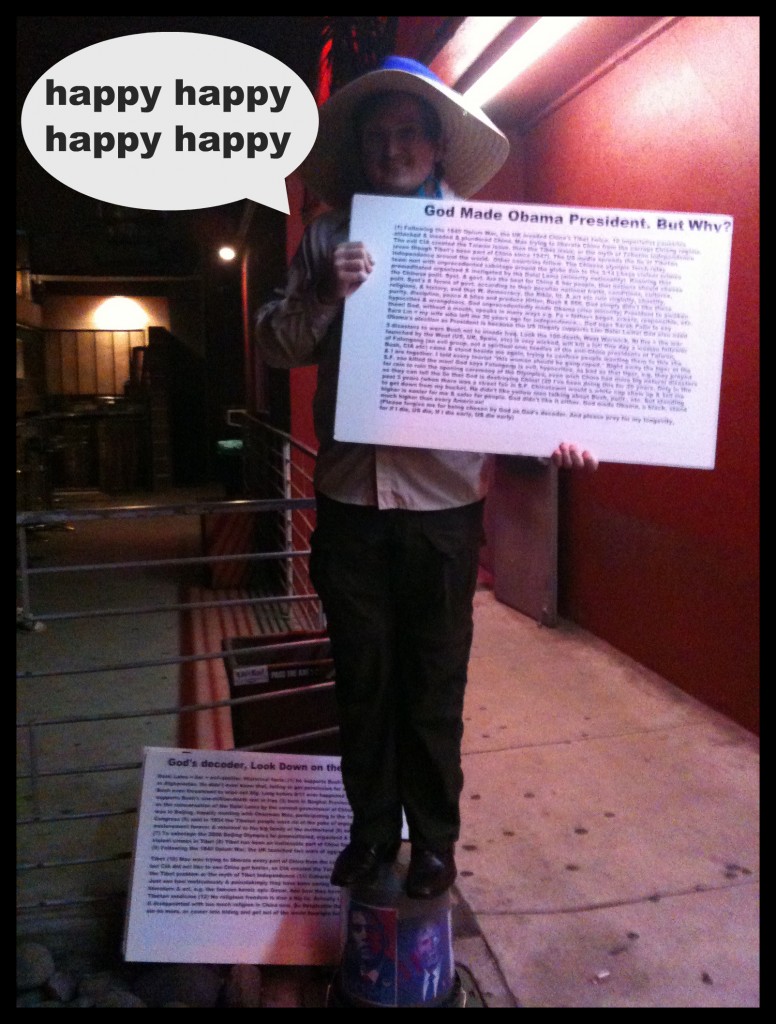 Every costume was so unreal this year. People really went there. 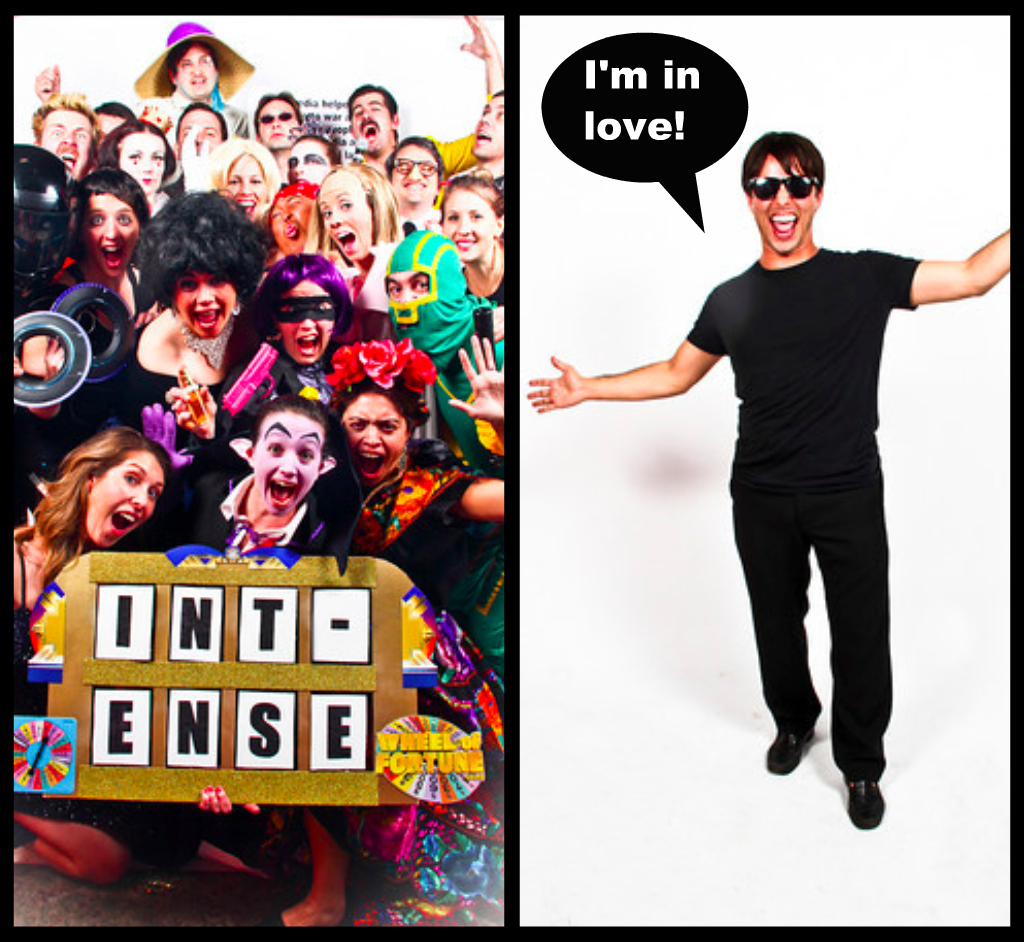 Yup! Even Tom Cruise was there. He co-hosted the party with Steve Martin. 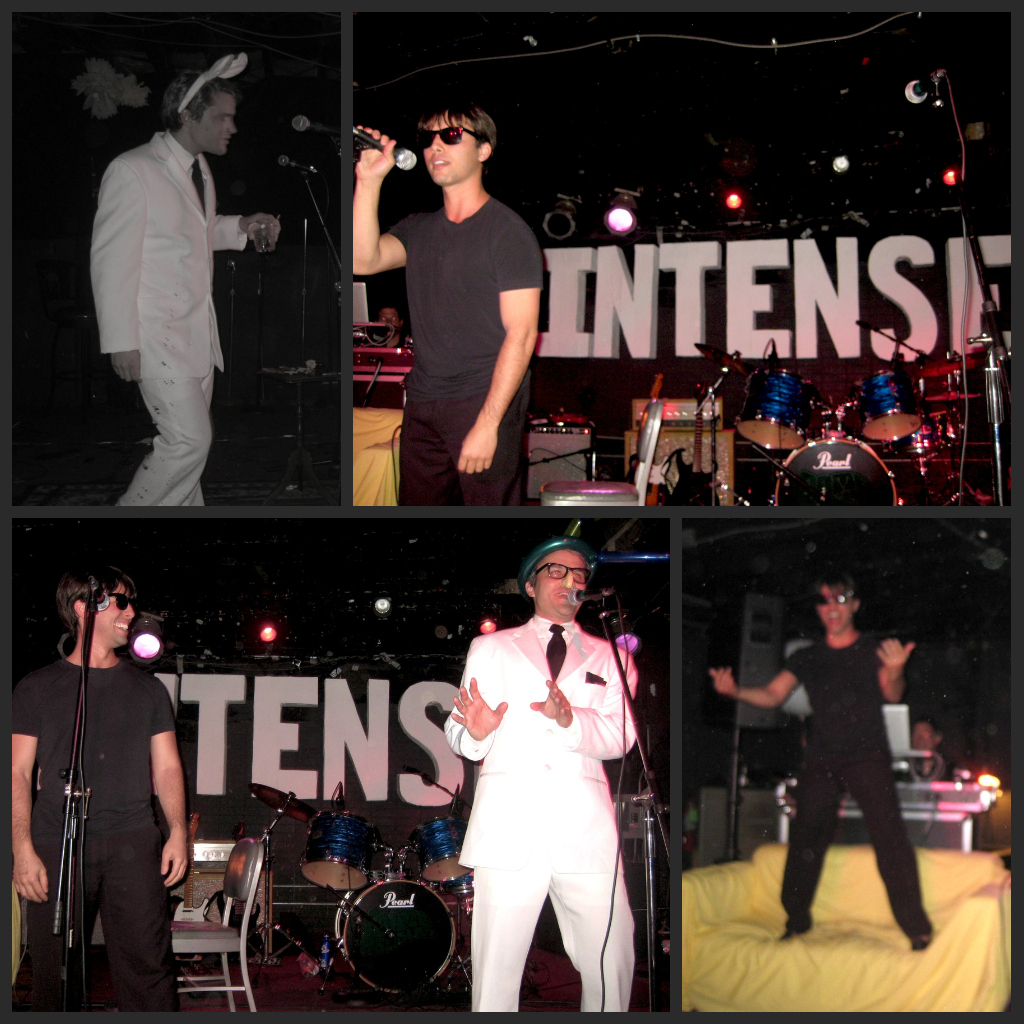 When Steve introduced Tom on stage, Tom just lost it…jumping on the yellow couch and screaming “I’m in love.” As Steve tried to get Tom to do his famous “Wild and Crazy Guys” line with him Tom just stopped and said, “Steve you’re being glib…you don’t know the first thing about being wild and crazy…I do. I STUDIED IT.” This outburst caused Steve to blurt out “EXCUUUUUUSE ME” and storm off stage, leaving Tom front and center to continue the Intensity by introducing The Beastie Boys. 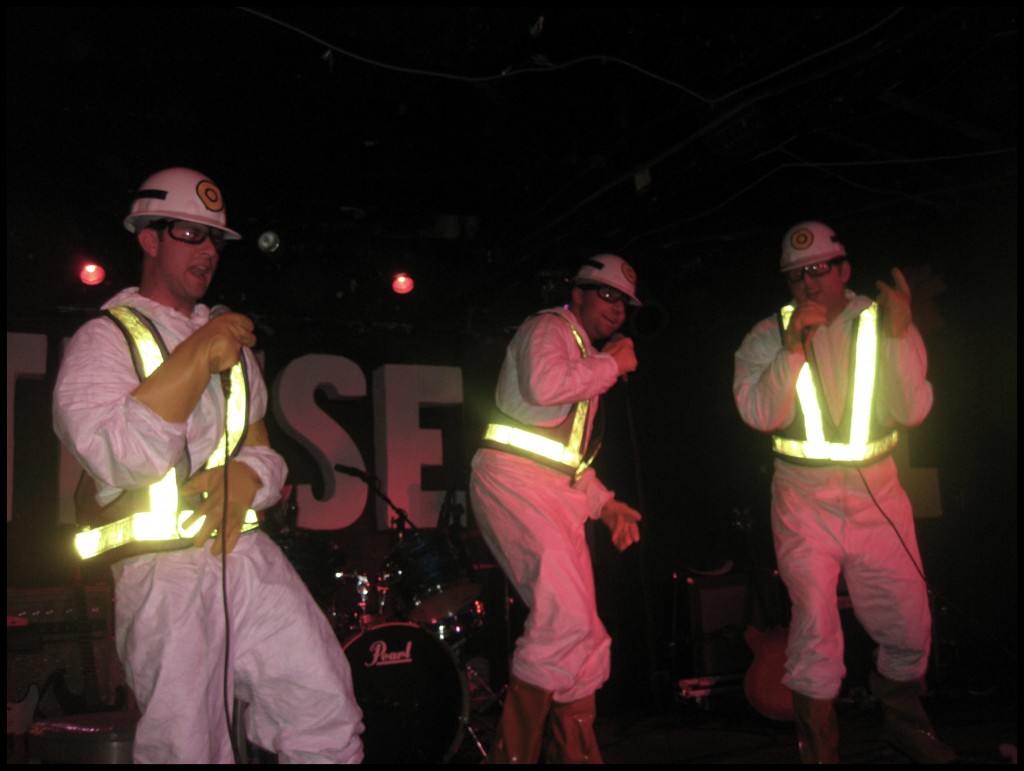 Followed by the Rolling Stones….

And then Freddie Mercury. 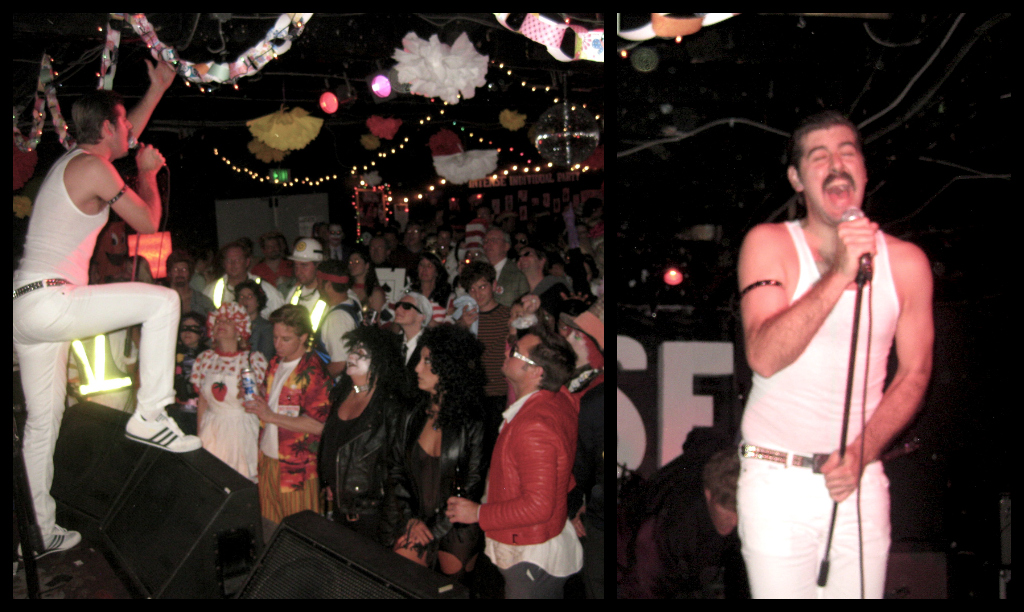 Despite Tom calling Steve glib…they eventually made up after Steve gave Tom a balloon hat and Tom gave Steve some Ray-Bans. 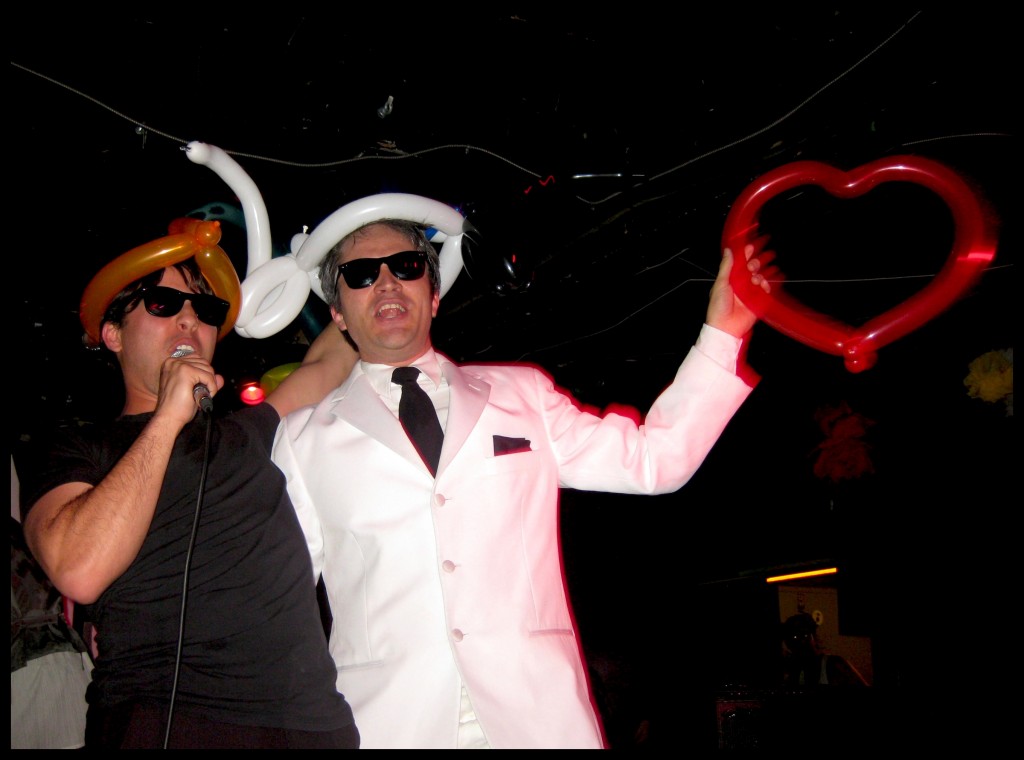 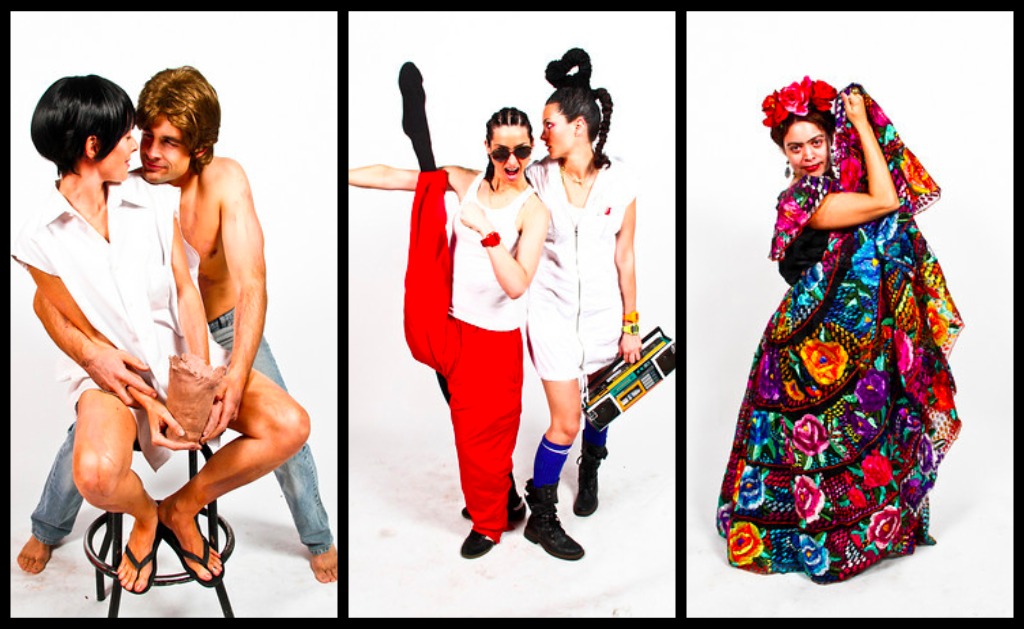 It was the year of game shows and black swans…. 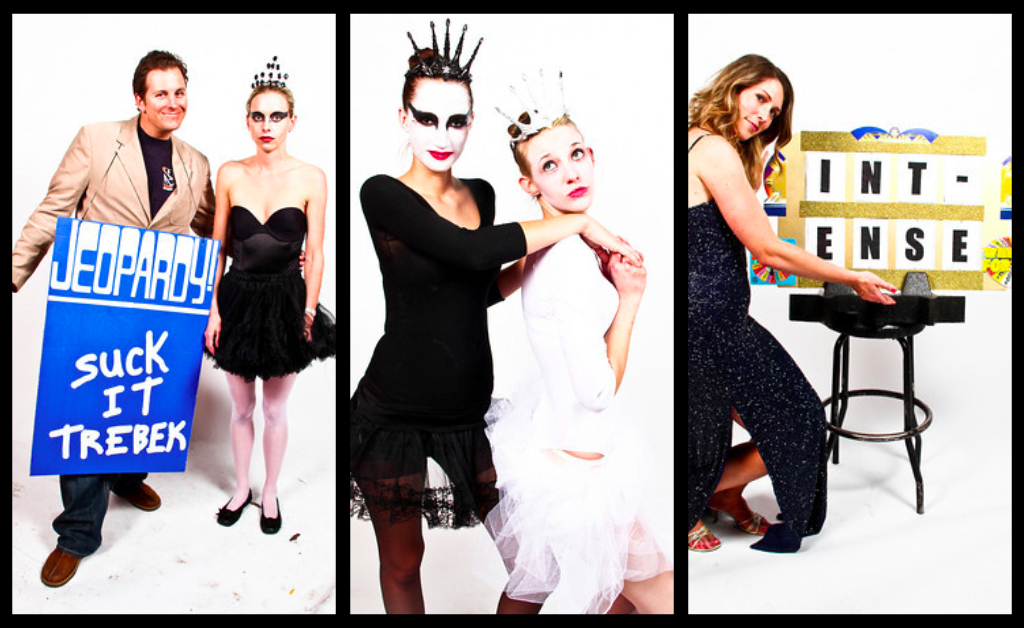 This was one of the most hilarious moments from the party. A black swan devouring the hot and ready pizza. 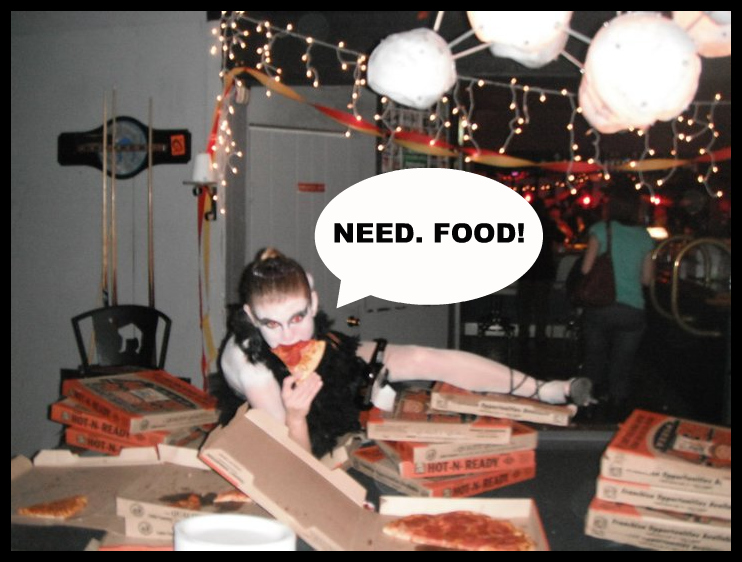 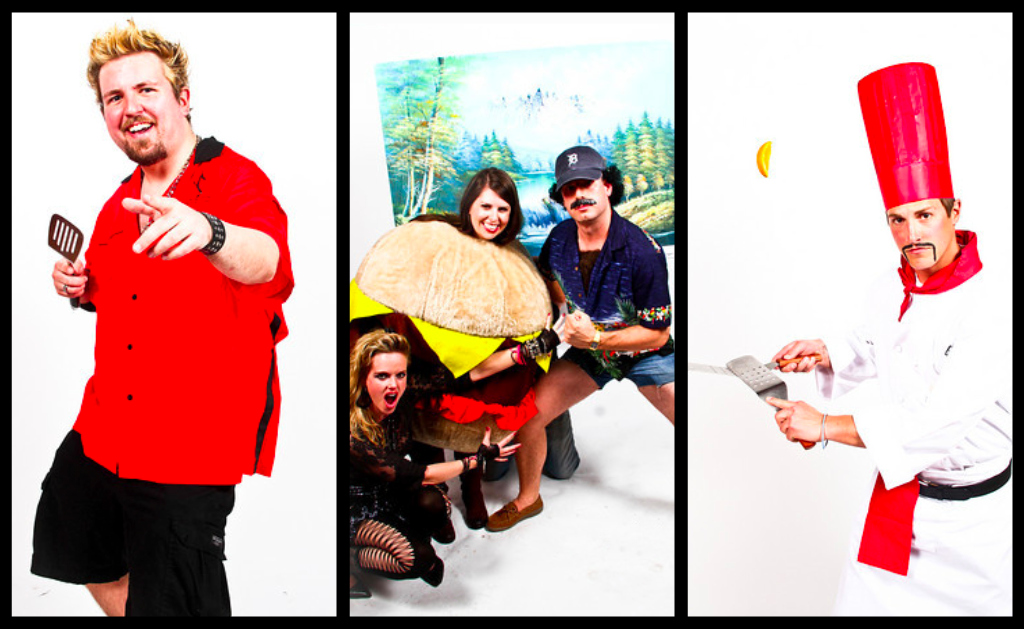 You may think that Benihana whipped these intensely delicious cupcakes up…but he did not. When it comes to baking he can crack an egg on a spatula but that’s about it. San Diego’s The Cupcake Gal provided these sweet treats. 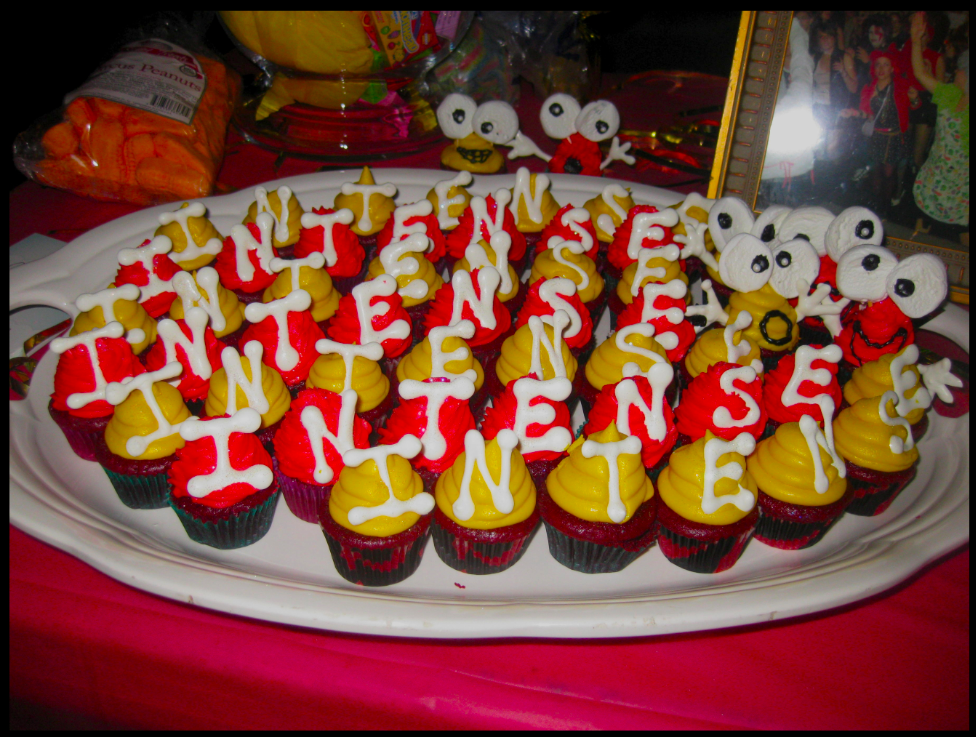 Here’s Braveheart, Siegfried and Roy, and Madonna. I doubt they’ve been in the same room before. 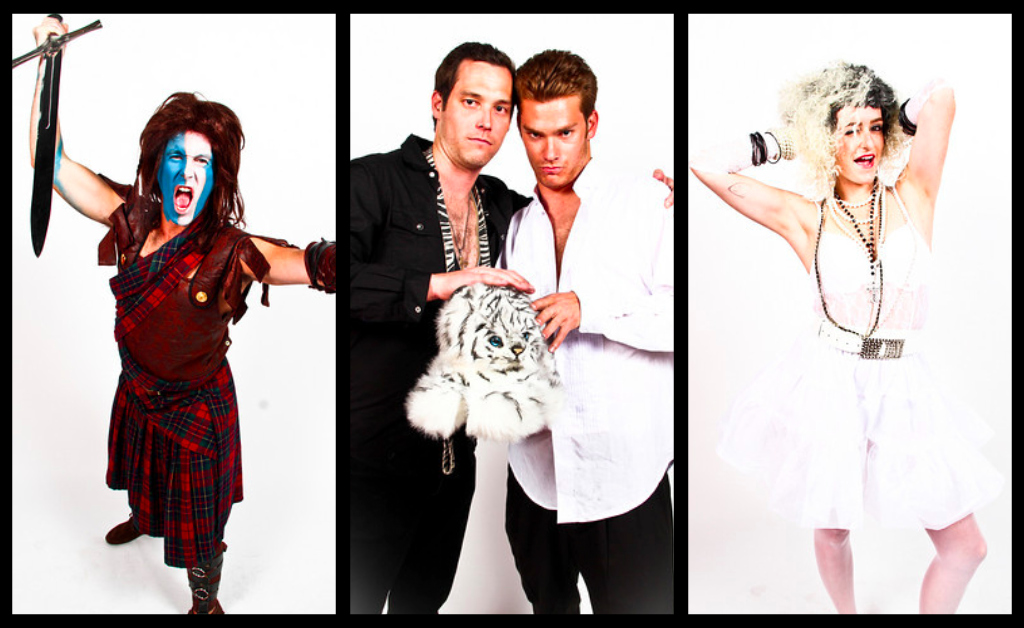 At one point Braveheart snapped on Anne Geddes. Apparently he is not a big fan of photographers putting babies in flower pots. 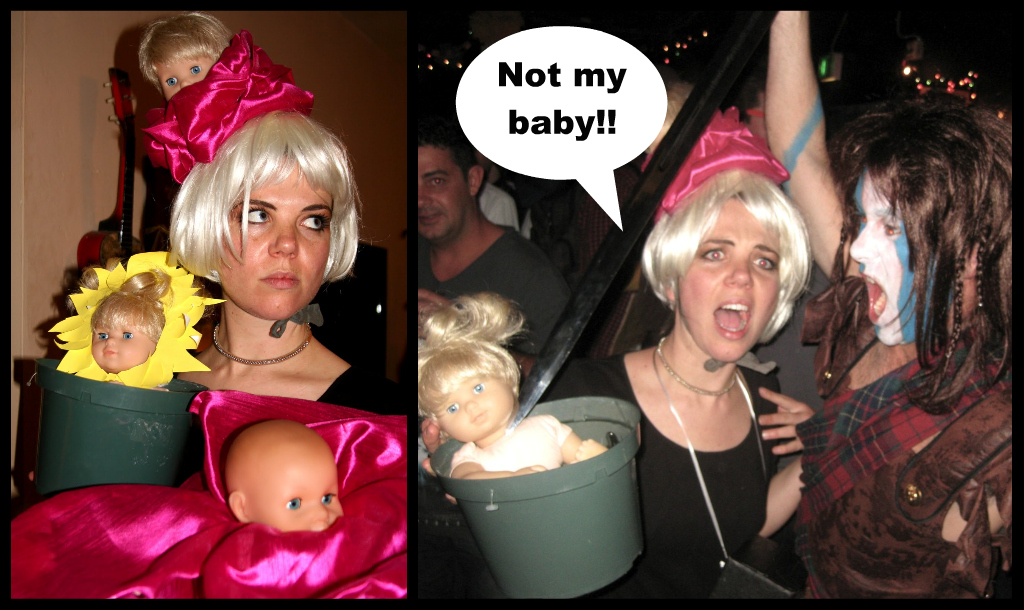 Although Braveheart’s intense hatred toward Anne Gedde’s was shocking, the most shocking moment of the night was when the entire deck of cards showed up. YES, the ENTIRE deck of cards…complete with jokers and even dealers. They arrived all in order and in suit. Seeing them all file in is something I will never forget. I just wish I was driving down Morena Blvd when they were walking towards the bar. I love knowing that somewhere out there someone is still thinking about how they drove by a deck of cards one random Saturday night. Ironically there was another version of the Queen of Hearts at the party…pictured here with Steven Martin.

Hollywood represented…Don and Betty Draper from Mad Men, Spielberg getting the perfect shot of his Indiana Jones leads, and Cameron and Mitchell from Modern Family.

In the picture below, we have RC Kouba and Count Von Count on the left. In the middle we have Pee Wee Herman losing control and to the right we have Freddie Mercury and Elizabeth Taylor blinged out in white diamonds. All recognizable, famous names. Oh wait what? You don’t know who RC KOUBA is? That’s because he is an undiscovered musical talent hailing from Wisconsin. Check out the video of him singing Lady Liberty  here and then check out Conor’s recreation of video here. The fact that Conor made this video the day of II to release it right before he left to come to the party just puts his intensity over the edge. 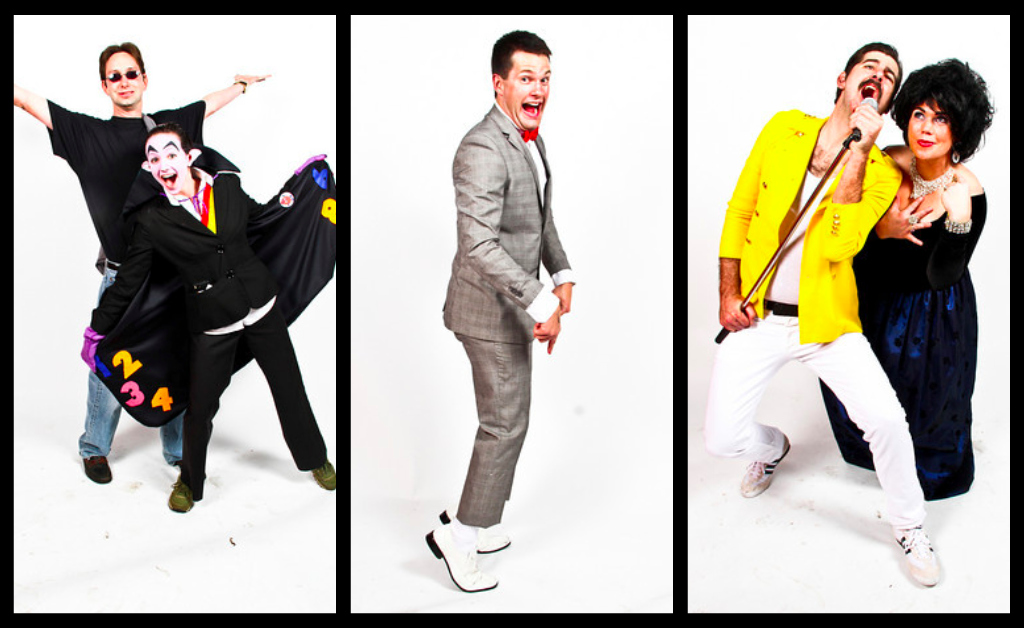 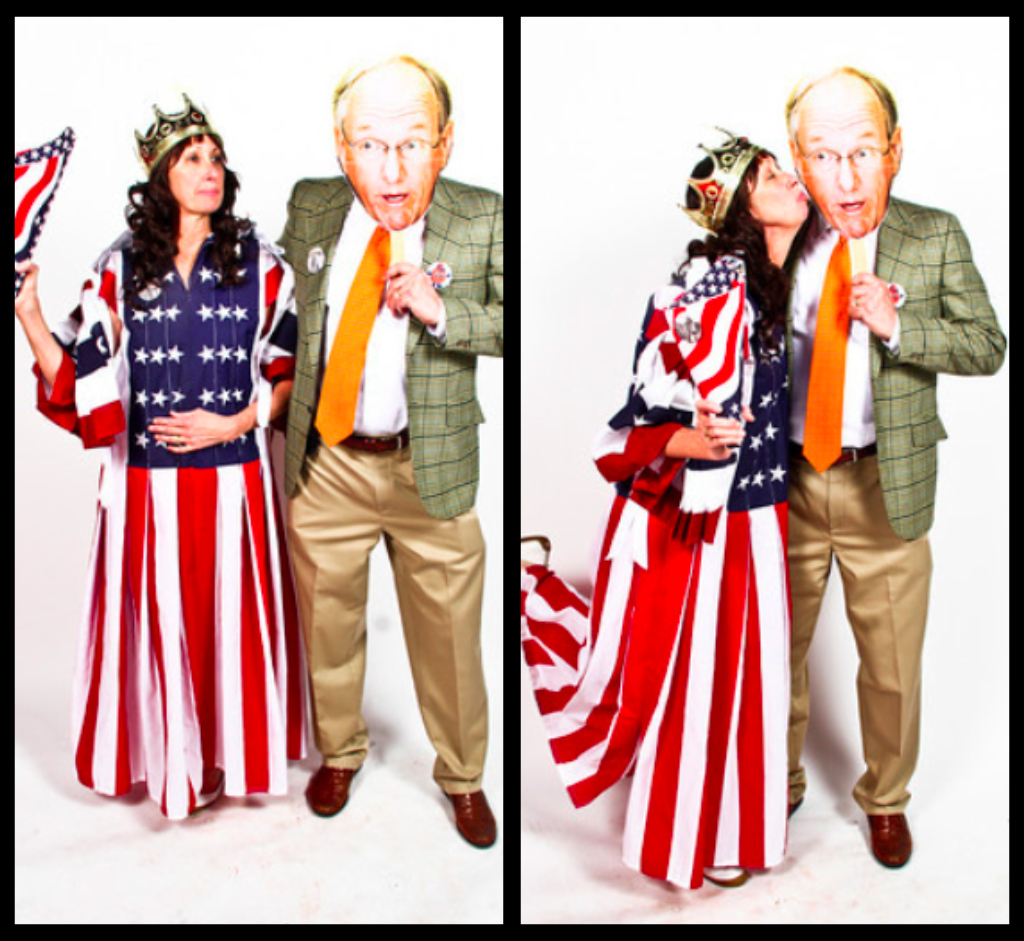 While Lady Liberty’s sewing would put Betsy Ross to shame, another group that got sew intense was the Angry Birds. They sewed each of their costumes. I am still not quite sure how arm flapping side of the road advertisement guy made his costume but it sure is legit. Also pictured is Golden Voice, Kim Kardashian, Kesha, and Brian Wilson. What a double date that is.

The Sham-Wows wowed the shams, Mork and Mindy spoke in tongues, two Burning Man bound girls arrived in a cardboard van (they actually drove from Colorado to the party – ok in a real van but they still drove), and Lindsay Lohan, Miley Cyrus, and Nicki Minaj showed Emily Dickenson how to party. 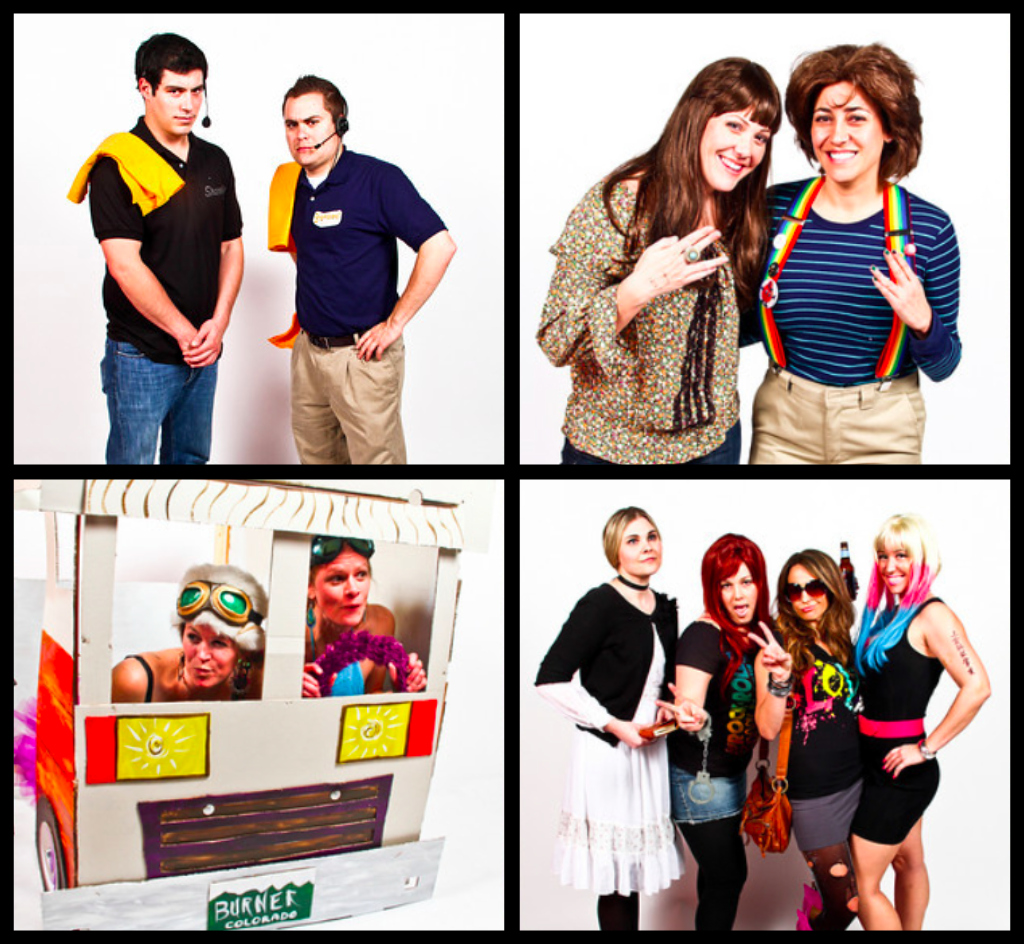 Chilean Miners represented very well…especially when paired with the “Intense List” that was found in San Diego…I have to say Trev, you pulled off being a “list” very well.  The Spice Girls spiced up the night and Bono hung with Guy Fieri and some other ii’s whom I cannot recognize but are probably Guy’s entourage. Who are you with? Oh…I’m with that Guy! 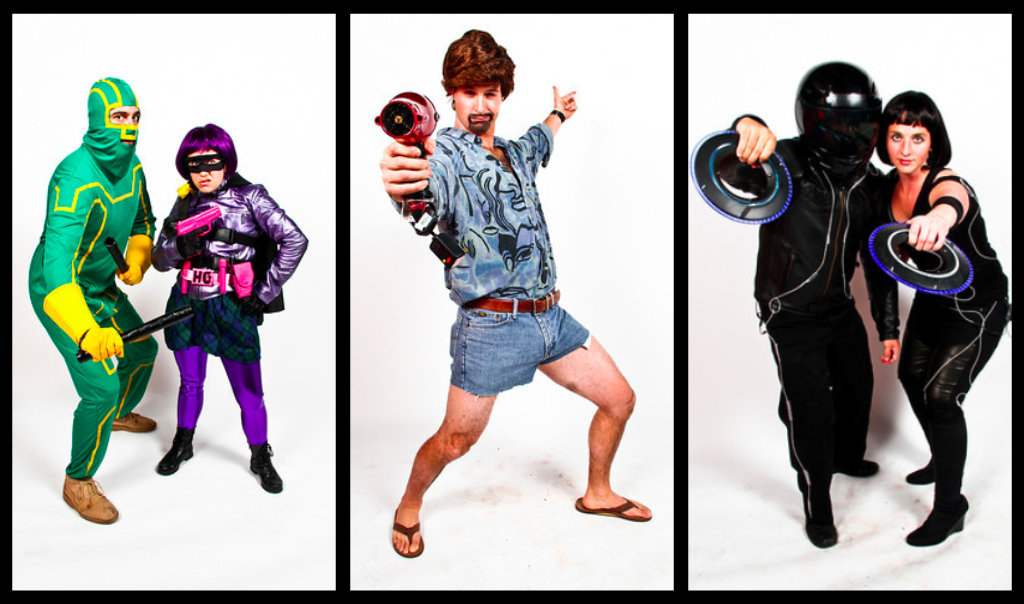 The Madhatter, Raggedy Andy, and Shake Weight Girl. Raggedy Andy (aka: Tommy Brockert) was the guy behind these awesome photos. See more of his work at Outside The Booth. 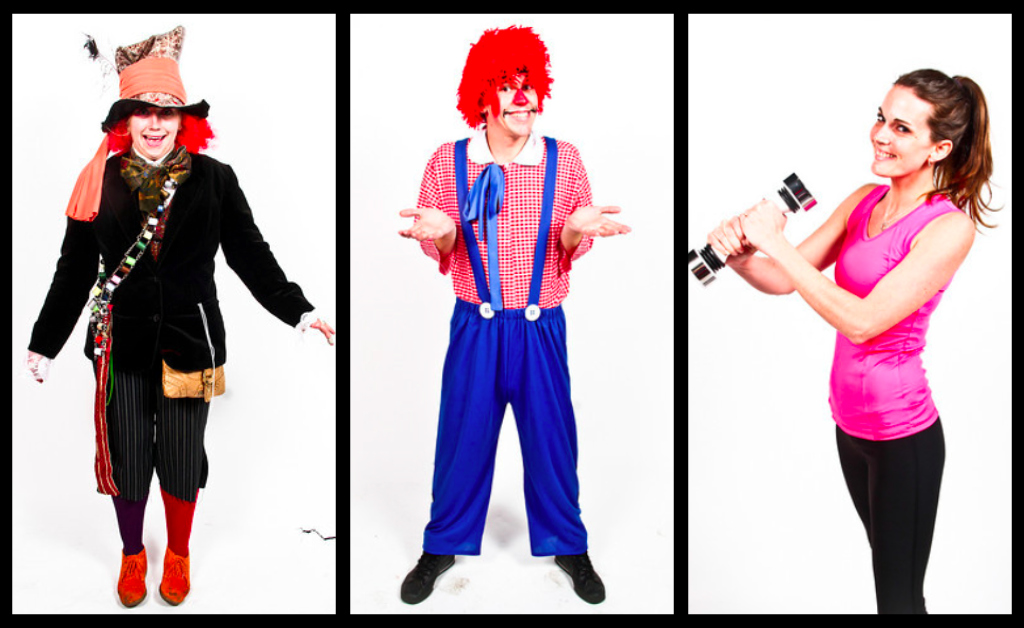 Russel Brand and Katy Perry, The Harlem Globetrotters, Joel Madden and Franck Eggelhoffer from Father of the Bride. “That’s a Blue TUX-A-DOE!” 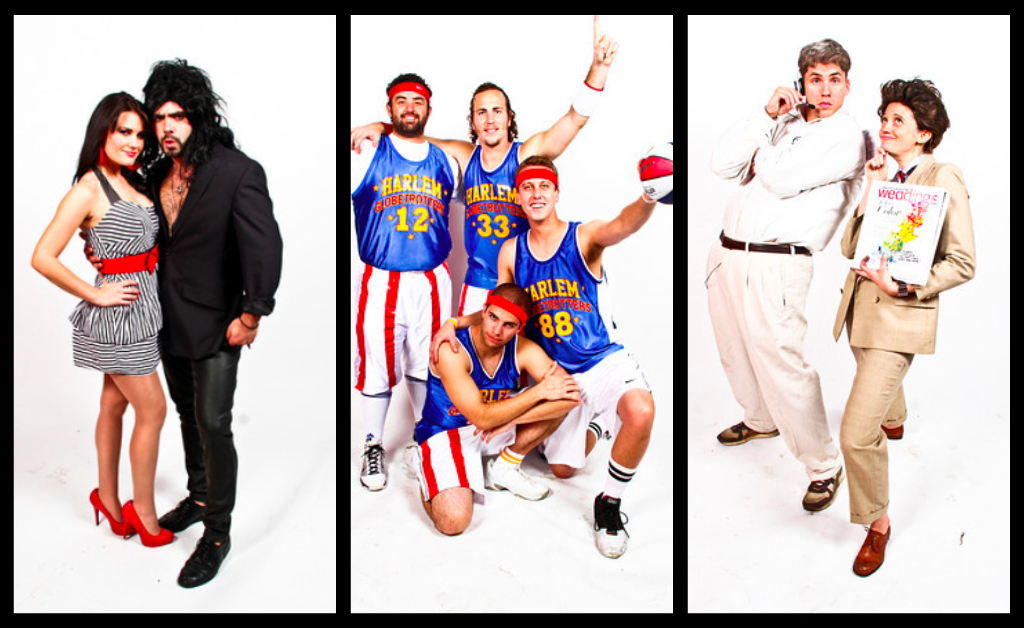 The Mimes, Intense rugby, and Flo and Bill Gates. I wonder if Bill’s got good insurance?!?!

Here’s my family on the left. My dad glowing as George Hamilton in the back, The Beastie Boys striking a pose, and another Black Swan with Antoine Dodson…because they had to meet at some point. 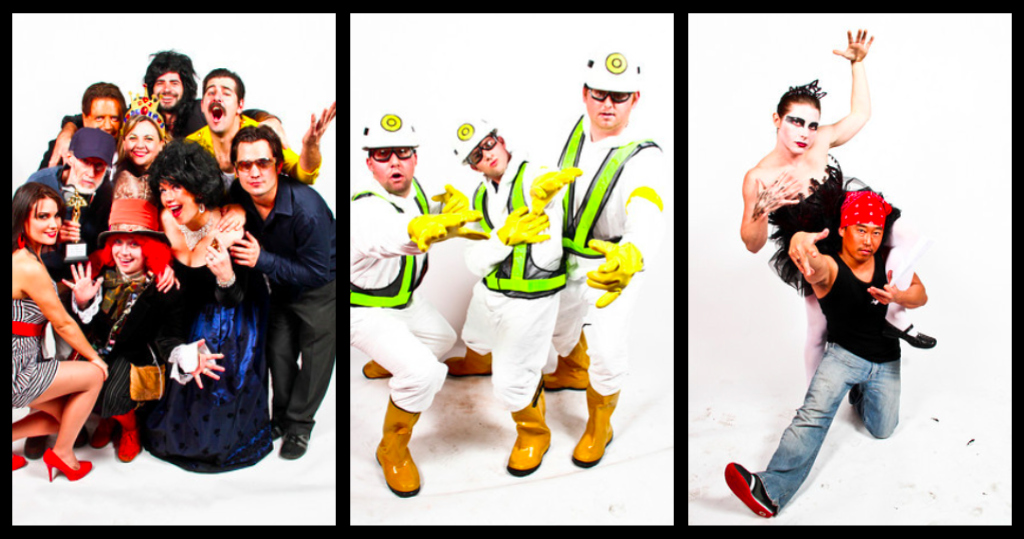 It was one intense night…just a typical night in the life of Tom Cruise. 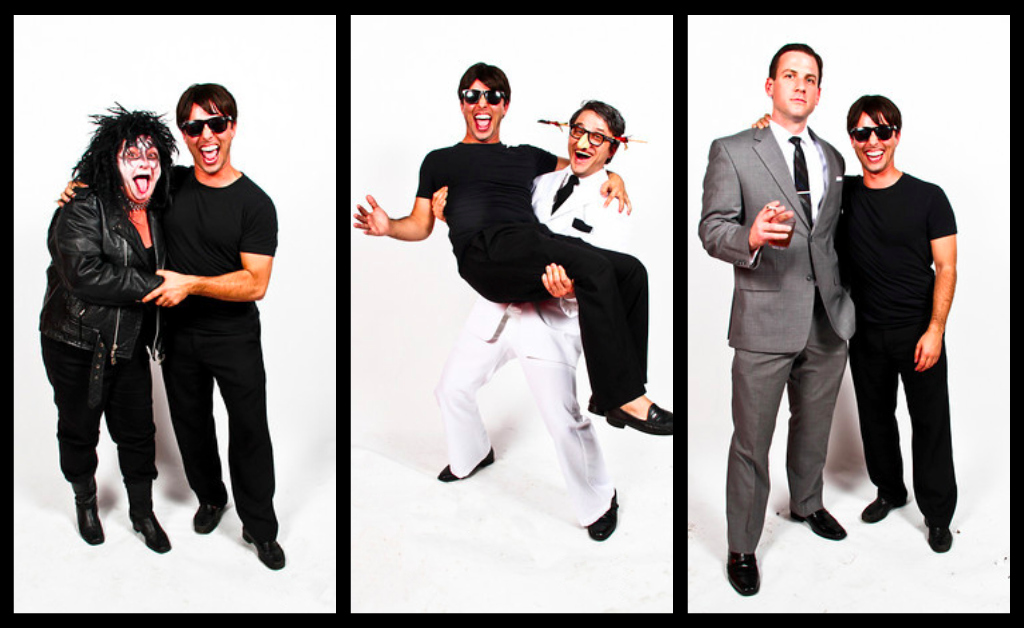 So many hilarious and intense moments….

Thank you to everyone who helped put this on…and to our sponsors who helped us make this happen! Brick By Brick , Outside The Booth, Injoy Entertainment,  Media Direct, Alexis K, Yokibug, The Pearl Hotel, and Ponce’s Mexican Restaurant.

Together we all got intense to help raise funds for 826LA while promoting creativity, intensity, and individuality! Stay tuned for some video of the performances! Thank you for continuing to get more intense every year and for following this blog. I LOVE YOU ALL!!! 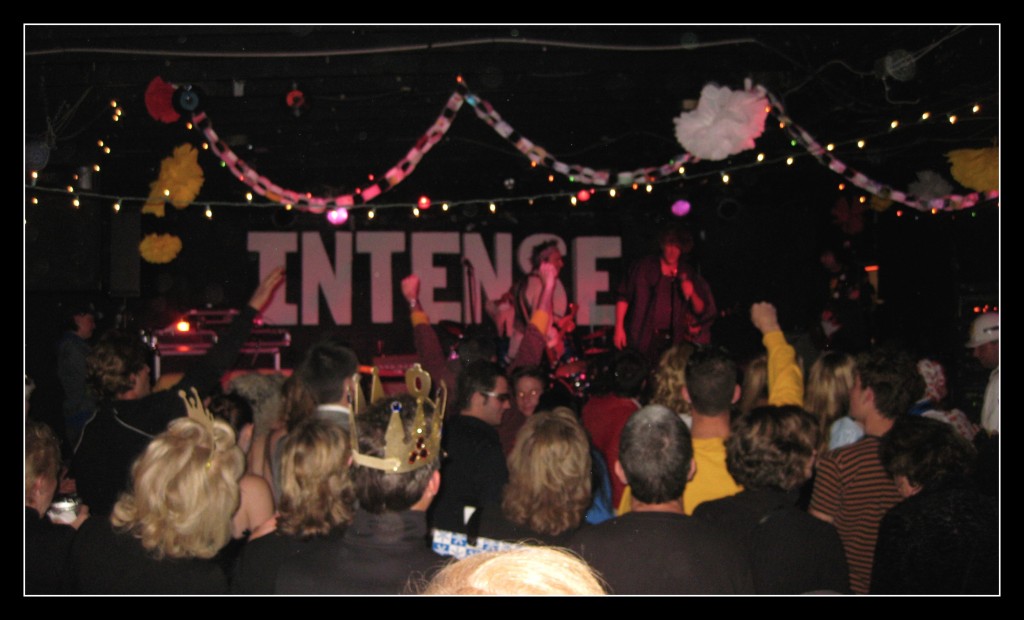 Category The PartyPosted on Jan 14Oct 06

Next year The Intense Individual Party will be on January 29, 2010....I think it's important to note that January 29 is also National Puzzle Day, National Corn Chip Day, Bubble Wrap Appreciation Day, …
END_OF_DOCUMENT_TOKEN_TO_BE_REPLACED
Category The PartyPosted on Nov 27Nov 27

Highlights From The Intense Individual Party #6