William Tunstall-Pedoe must have been bored out of his mind the day he began his research to figure out what the most boring day has been since 1900. How did he do it? Oh it was no biggie…he just used some algorithms and sorted through 300 million facts about ….basically everything.

Tunstall-Pedoe said:
“Nobody significant died that day, no major events apparently occurred and, although a typical day in the 20th century has many notable people being born, for some reason that day had only one who might make that claim – Abdullah Atalar, a Turkish academic.” 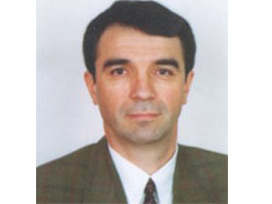 Ummmmm W.T.P, you better watch your back…I am sure Abdullah Atalar’s parents aren’t too pumped about this claim. Best day of their liiiiiife!!!!!

I don’t think you are boring Abdullah. You’ve got lots going on under that Mona Lisa smile.

Highlights From The Intense Individual Party #6

This is an amazing story! Shirley Madsen, a 90 year-old woman was stuck inside her bathtub for three days. The only thing that saved her was a rubber duck that she drank water out of. READ THIS STORY …
END_OF_DOCUMENT_TOKEN_TO_BE_REPLACED
Category Intense IndividualsPosted on Oct 04

YES. He's ggggguilty. TIME TO CELEBRATE!!! From karma What else is there to do then...drink Mimosas! 13 years to the day he got acquitted. If you don't believe in karma....I hope you do now. The on…
END_OF_DOCUMENT_TOKEN_TO_BE_REPLACED
Category PeoplePosted on Feb 14

The Grammys: Eggs, Muppets and BYOGP

Lady Gaga arrived in an egg and Cee Lo pulled a BYOGP (Bring Your Own Gwyneth Paltrow). Soooo, who do you think wins for Most Intense at The Grammys? I must say Cee Lo ALSO had muppets on stage...b…
END_OF_DOCUMENT_TOKEN_TO_BE_REPLACED
Category Don CherryPosted on Feb 05Dec 12

For all your non-hockey fans out there this is Don Cherry...an Intense Individual. The Commentator on Hockey Night in Canada. Amazing suits. Just Amazing. Don Cherry is K…
END_OF_DOCUMENT_TOKEN_TO_BE_REPLACED