… been the one to start an applause? If you haven’t, you should seriously try it sometime.

Whenever I see a man with a mustache (I’m talking Sleeping With The Enemy style) I think to myself: At what point did he decide that he was going to grow a mustache and maintain it? I mean there had to be a moment, right? 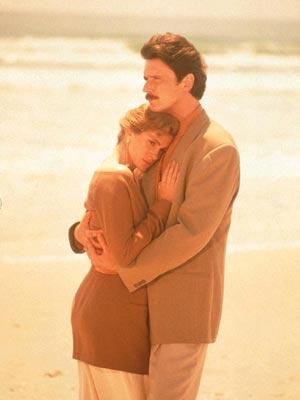 A lot of these men have them for over 20 years…some even 40 years and beyond! That’s a lot of upkeep. I am so intrigued by the process of growing the ‘stache and I am even more curious as to the moment they decide to shave it off. I’ll have “Shave Off Your ‘Stache for 500” Alex Trebek. 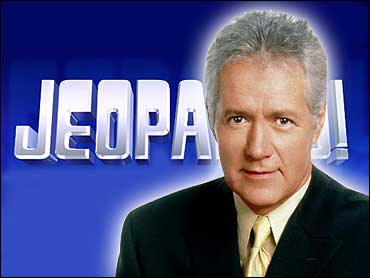 OK. I have been really behind on updating over the past few weeks. There, it’s on the table…now we can move on.

On that note, I decided to callback a random story of the past that I never wrote about.

It was a chilly and wet day in Chicago and I had the day to kill since I flew in a day early for Anne Williamson’s wedding. I hadn’t been back to Chi-town since graduation and thought it would be fun to travel north to visit my old stomping grounds at Northwestern. So I hopped on the El (Lance Bass style) and headed north for a little NU rendezvous to see some former professors, take Ardy to The Rock, see the Burgesses, maybe go to Sherman Restaurant (oh wait they wiped it out and put a chain restaurant there), go to Norris, you know the typical I-am-back-at-my-old-college-and-want-to-relive-the-past- moment-to-treasure.

On the El I passed all the familiar landmarks I had grown so accustomed to back at NU. “This is the Red Line train to Howard,” exclaimed the automated voice of the CTA guy (supposedly a family man from Milwaukee). Ahh yes…the red line train to Howard. I was truly back in Chi-town.

Suddenly, the family man’s voice from Milly-wa-kay blasted through the car. “This is Addison,” he exclaimed. “Doors open on the left at Addison.” Wrigley Field! I could almost smell the hot dogs and hear Ronnie Woo Woo yelling throughout the train. I had to get off and soak in my favorite baseball stadium of all time. Also, Ardy had never been photographed at Wrigley and that was just unacceptable.

I strolled up to the Wrigley sign chewing a stick of Long Lasting Winterfresh and politely asked a man named Jimmy Each if he would mind holding Ardy in the air so I could take a picture. Jimmy gave Ardy a puzzled look at first but quickly became quite amused and enjoyed holding Ardy high in the air. 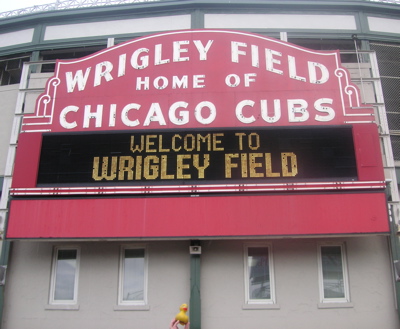 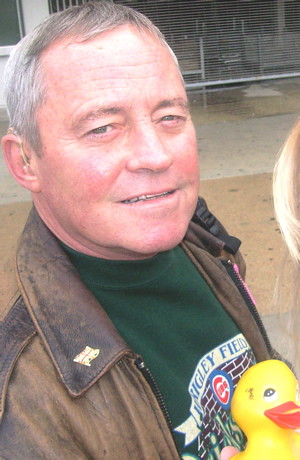 After the shot was taken we chatted for a bit and Jimmy told me about his experience in the military which led him into his reason for being at Wrigley that day. The reason? Oh, he was just one of the war extras in a movie that was being filmed inside the stadium. Which movie? Oh, just a little movie called Flags of Our Fathers directed by Clint Eastwood. No biggie.

He then asked me if I would like to come on the set and check it out. Ummmm, let me get back to you on that one, Jimmy.

Although Jimmy explained that the set was pretty locked down, he didn’t seem worried about sneaking me in.

His plan to get me on set was to simply tell the P.I.Cs (People In Charge) that I was another extra and I had to go to wardrobe. They bought in. It was almost too easy. Passing the studio trailers and crew tents, we ducked (no pun intended) into Wrigley Field with ease. Inside the walkway it was chaos. Not Britney and K Fed chaos…but good chaos.

There were a bunch of individuals running all over the place organizing World War II paraphernalia. Jimmy proudly showed me his uniform he would be wearing in the scene and introduced me to the prop people. It was a bizarre site and just made me laugh out loud.

Jimmy then turned to me and said, “If you think this is crazy, you have to see the bleachers.” Passing more costume trucks and prop people, we headed out to the bleachers to find one of the most peculiar scenes I had ever seen. A bunch of blow up people filling the seats. Some clothed, some not. 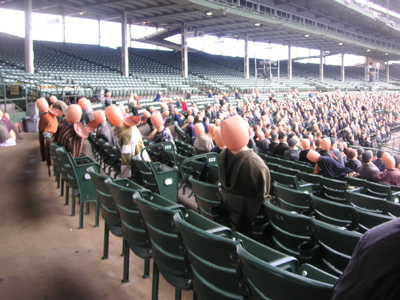 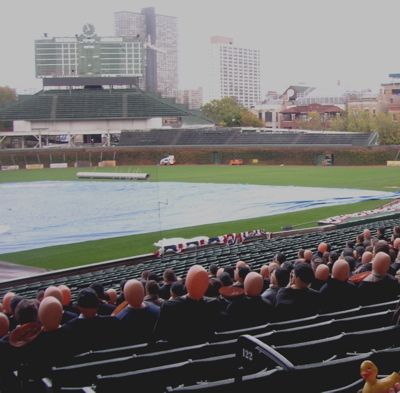 While I was literally speechless, I have to admit, it was a little creepy. (Not as creepy as that mustache from Sleeping With The Enemy but a close second.) I never realized how scary these blow up people could be! I felt like they were going to stand up and come to life at any moment. Maybe there is something to my secret fear of mannequins after all.

I snapped a few shots even though I really wasn’t supposed to and thanked Jimmy for the wonderful tour. I also made him promise he would tell Clint that I thought he was brilliant in Space Cowboys.

On another random note: I miss getting badges. When I was a Girl Scout we used to get badges for everything.

You helped a senior citizen across the street. Badge.

You handed out holiday cards to hospital patients. Badge.

You sang campfire songs around the fire in Julian. Badge.

So I was thinking, wouldn’t it be fun if we all had to wear a sash for a day and we’d get badges for the little things we did?

Like, putting your cart back at the grocery store. Badge.

Making a sensible meal of salmon and asparagus. Badge. 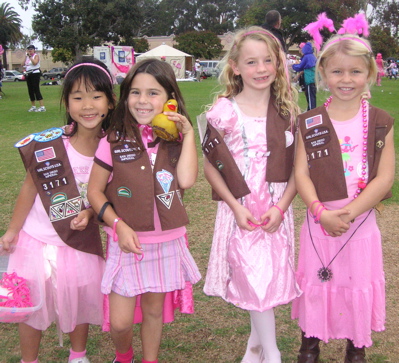 THE ACADEMY AWARDS ARE HERE

There is no question in my mind that my landlord, John, is the most Intense Individual I encountered in 2005. John is so intense that he has surpassed any new Intense Individual in the running for 200…
END_OF_DOCUMENT_TOKEN_TO_BE_REPLACED
Category Misc.Posted on Jan 14

I know that they need to park too but this is just putting it in our faces.From what…
END_OF_DOCUMENT_TOKEN_TO_BE_REPLACED
Category Misc.Posted on Oct 08Oct 09

This succulent is so unbelievable. This is an unbelievably "tight" mixed CD I found in my sister's car. Definitely created in the early 2000's. Oh Nelly it really is so hot in "herrrrr." …
END_OF_DOCUMENT_TOKEN_TO_BE_REPLACED
Category Misc.Posted on Feb 07

This is a very overdue entry but it's been a bit of a busy month...but rest assured...the pics are here and the moments are documented...The INTENSE INDIVIDUAL PARTY #4. -- There were some unbelieveab…
END_OF_DOCUMENT_TOKEN_TO_BE_REPLACED