My brother Brian made a funny short about Quintuplets that are reunited after 25 years. Very Intense. 🙂 My friend Deirdre Wall plays the newscaster. Check it out! 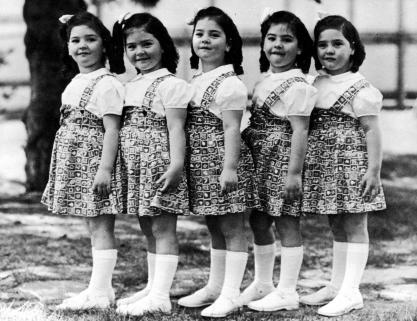 They were the first quintuplets to have survived infancy. NOTE: The next sentence is disturbing! After they were born the government took them from their parents and
placed them in a virtual theme park called Quintland where over 6,000 people a day would come and look at them play behind a one way screen. TERRIBLE. TERRIBLE TERRIBLE.

It took their father 9 years to regain custody.
The girls wrote a book. I’m gonna Amazon it ASAP. 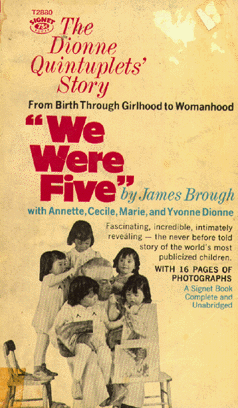 High Five to you!

I am still speechless over these mouse pads I saw this evening. Brought to you by the people at Awesome Graphics.  I was searching on Amazon for mouse pads (which is a secret past time of mine that I …
END_OF_DOCUMENT_TOKEN_TO_BE_REPLACED
Category Misc.Posted on Aug 14

Searching the web is no different than searching for sea glass if you really think about it. Sometimes you start out with a purpose, sometimes you just go for a little stroll. If you go out searching…
END_OF_DOCUMENT_TOKEN_TO_BE_REPLACED
Category Misc.Posted on May 20

THE MYSTERIOUS PACKAGE…WHO SENT IT???

A package arrived at my doorstep the other day. I'm not gonna lie, I always get a bit uneasy (in a good way) when UPS knocks. Good news or bad news, it doesn't matter. The same pit in the stomach ar…
END_OF_DOCUMENT_TOKEN_TO_BE_REPLACED
Category Misc.Posted on Apr 03

Here, one of John Mackey's stellar employees at Whole Foods, hands a customer beef that has been grass fed.…
END_OF_DOCUMENT_TOKEN_TO_BE_REPLACED