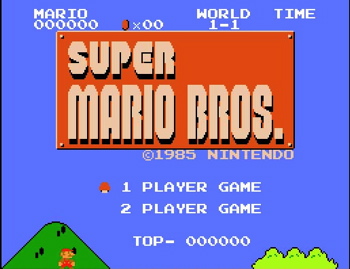 Do you remember the moment when you realized that stomping on the turtle’s head a few extra times would get you “extra lives” in Super Mario Bros One? It was a truly amazing feeling because you actually thought you were the only one who knew the secret. Suddenly in your seven year-old mind, you were the coolest individual ever.

For a little over 24 hours you walked around like you were W. Mark Felt. Then after giving yourself sufficient time to applaud your ego, you told a couple of your friends over a game of teatherball. After you explained to them how to hit the turtle precisely on the right spot, you had them pinky swear they wouldn’t tell anyone. Then after the freeze bell went off and all the kids at recess stopped mid-four square and “froze,” your little secret keepers ran off and told the whole school. Obviously your friends weren’t named Bob Woodward and Carl Bernstein.

Unfortunately, this feeling of Super Mario Bros domination didn’t last for too long for my siblings and I because my mom and dad took away our Nintendo after only 3 months because “us kids couldn’t act civilized while playing Zelda.” It was probably the best thing/worst thing that ever happened to my siblings and I. Best thing because it forced us away from zoning out our childhood and staring at a screen after school. Worst thing because we resorted to full contact Monopoly as our game of choice. I think I still have a scar on my face from the day I took Boardwalk and Park Place from Meester Ricky.

Why is Nintendo on my mind? Well, because I am trying to scrounge up a Power Pad and old school Nintendo somewhere (hello Ebay) because I think it might be an amazing workout. Screw Taebo. It’s back to the Power Pad days. And instead of a little yoga to cool down, I’ll go do a little duck hunting. (BTW: I will NOT be telling Ardy about this.) 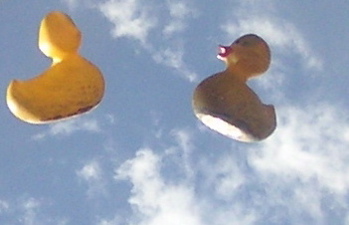 When people ask me if I play any sports I can proudly say, “Yes, I am actually a World Class Track Star and hunt game on the side.”

I’ve been fascinated with old board games lately. Recently, I have started to hold Guess Who competitions late night which have really turned out some true Guess Who geniuses. (Sometimes money is even involved.) One word: Franz. 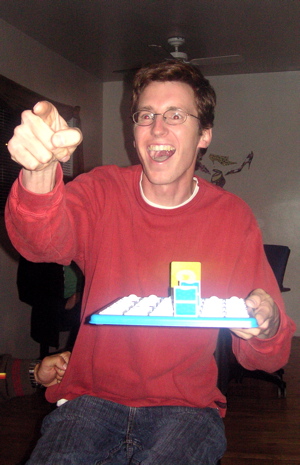 Does your person have glasses??? 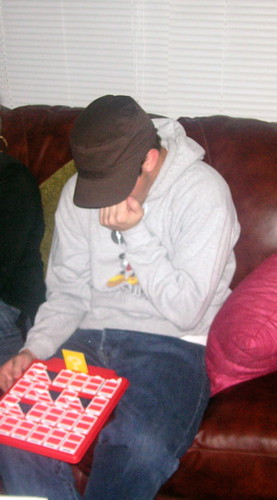 If you have immediate access to Candyland, call me up. We need to talk.

I have had it! I am fed up with false advertising. I know the San Diego Zoo is world renowned and what not but to advertise that it's "Home to your favorite animals" and have a picture of a UNICORN on…
END_OF_DOCUMENT_TOKEN_TO_BE_REPLACED
Category Misc.Posted on Jan 26Jan 26

I am still speechless over these mouse pads I saw this evening. Brought to you by the people at Awesome Graphics.  I was searching on Amazon for mouse pads (which is a secret past time of mine that I …
END_OF_DOCUMENT_TOKEN_TO_BE_REPLACED
Category Misc.Posted on Jul 24

Deirdre sent me a receipt she got in the mail...and it's now hit it's peak. CVS needs to be stopped. Yeah, it's a little ripped but seriously...WHY!? This is the receipt for 10 items!!!Oh but I have …
END_OF_DOCUMENT_TOKEN_TO_BE_REPLACED
Category Misc.Posted on Oct 05Oct 06

My first memory of an Apple Computer was sitting in the library of my elementary school. I remember the rainbow apple on the beige box and I remember this screen.... I also searched for Carmen San …
END_OF_DOCUMENT_TOKEN_TO_BE_REPLACED