It was PURE SUGAR but it was equally sweet and splendid. 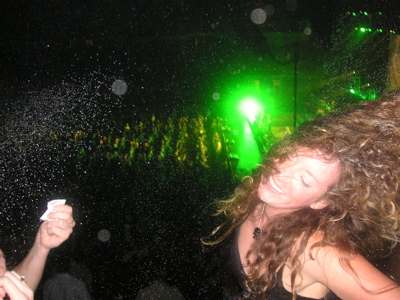 On Friday night some of us went to see Def Leppard perform here in San Diego. The concert was fantastic and so was the people watching. 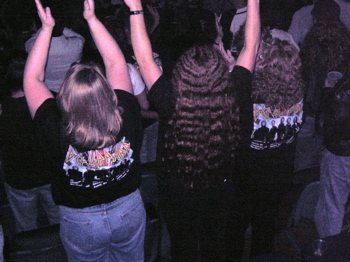 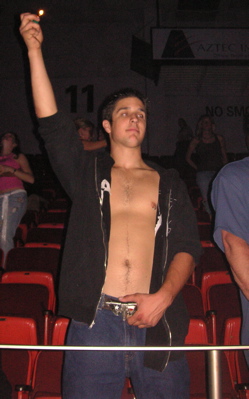 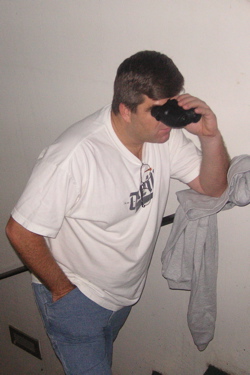 Although most of us (minus Lauren) knew only one song and one song only, we rocked out as we waited for the encore song of the night. The song? You guessed it. Pour Some Sugar On Me. As the band from Belfast rushed back on stage after taking their obligatory we’re-trying-to-fool-you-that-we’re-leaving break, the crowd went wild and so did we.

As the song began the sugar packets were ripped open and we poured sugar on everyone in our vicinity. To say it was sweet would be an understatement.

The picture of Carly flailing her hair above pretty much sums up the concert. With Def Leppard in the background and sugar in the air, Carly forever has evidence for her future children in case they ask her if she was cool when she was younger.

I will never look at a sugar packet the same way again. Thanks, Def. 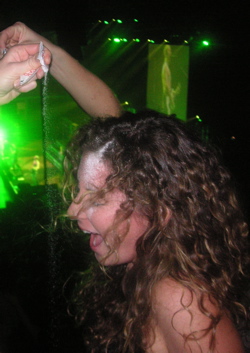 PS I wonder if the binoculars that guy was using to get up close and personal to Def were the same intensity as the ones they used in Shopgirl? Hmmmm….doubtful.

Balboa Park is amazing... So much beauty and color everywhere. It's also a place to see some seriously intense dogs.... Yup that is a dog. No need to buy a mop when you have a pal like that.…
END_OF_DOCUMENT_TOKEN_TO_BE_REPLACED
Category Misc.Posted on Jul 14

Make it a Great One! …
END_OF_DOCUMENT_TOKEN_TO_BE_REPLACED
Category Misc.Posted on Apr 26

There is no question in my mind that my landlord, John, is the most Intense Individual I encountered in 2005. John is so intense that he has surpassed any new Intense Individual in the running for 200…
END_OF_DOCUMENT_TOKEN_TO_BE_REPLACED