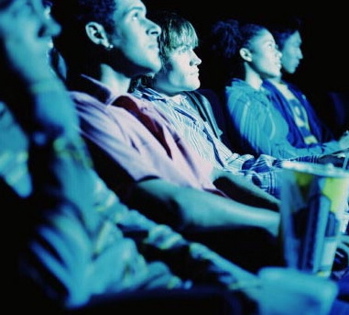 There’s no question that we go to the movies to suspend our disbelief and for the pure enjoyment of the movie going experience.

For all who know me, I am obsessed with movies. I thrive on the whole experience of going to the movies and don’t ever hesitate to dish out 10 bucks for two hours of entertainment. Besides rent, movies are probably my biggest expense per month. Although I shun them on first dates (Like the one with DaWan*. He took me to see Harry Potter after he took me to dinner and ordered for me…but that’s a whole other story) I will embrace them on second dates and beyond.

If there is a beyond.

When thinking back to my movie going experiences there are many that stick out in my mind. Here are a few that come to mind first.

– Going to see Father of the Bride with my dad at eleven years old. Out of the corner of my eye I saw him wipe away a tear as Steve Martin gave away Annie. I remember not understanding why my dad was crying. That was a moment for me. 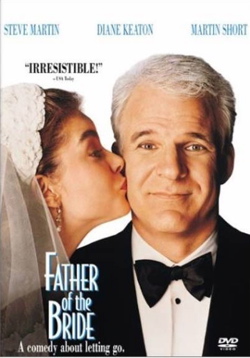 – Rushing to see Tuck Everlasting on a Friday night with some friends from Northwestern because the “book was so wonderful as a young child” and the trailer “tugged at our heartstrings because of the perfectly placed Enya song.” The movie turned out to be a DOG. On top of that, it was so packed that night at the theater (the rest of the audience had been touched by the trailer as well) and we all had to sit alone in separate seats. My seat was also stolen by a 45 year-old but again I won’t go into that here. I am still bitter about that night. 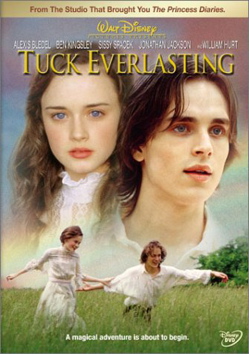 – My Girl. Oh. My. God. Stephanie and I sobbed in the theater as we watched Veda’s best friend get taken away from her forever. T.O.M. (Tough On Me.) I have no idea why I went back five other times. Dragging other friends to wallow in the misery. 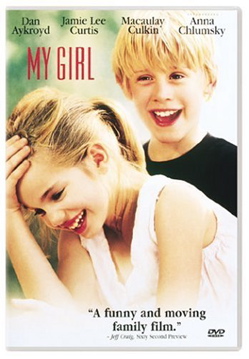 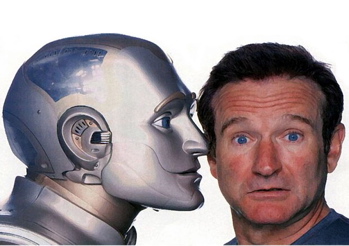 – The Notebook with Courtney Urbano. Walking out of the theater and both of us questioning if we had really ever experienced TRUE love. “Shit, nobody has ever built me a house.” 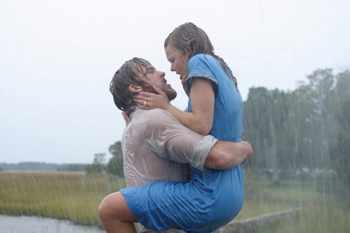 – Remember the Titans. I am sucking it up and admitting my guilty pleasure. I saw it five times in the theaters and twice by myself. You now are allowed to stop all contact with me if you choose to. 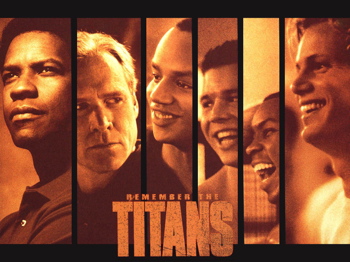 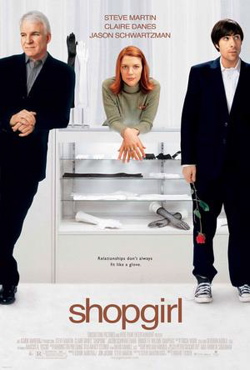 This is where I will give you the chance to stop reading if you don’t want to know anything about Shopgirl because you plan on seeing it.

OK. This movie was mediocre for me. I give it a 2 out of 4 stars. I’m not going to say it was on the level of Bicentennial Man but I will say that it could have gotten a better rating if they had eliminated one scene. The scene that took suspension of disbelief to a WHOLE NEW LEVEL.

You see, when it comes to movies, many of them are high concept. The difference between a good film and bad film is whether or not we buy into the world the filmmakers create for us. (And also as long as it’s not titled Battlefield Earth.) The reason that Back to the Future worked is that Robert Zemeckis did an unbelievable job making us buy into the fact that all we need is a flux capacitor and a little plutonium to go back in time. 88 MILES PER HOUR!!!!! (For some reason the flux capacitor has been brought up a lot in recent posts.) I am not going to say much about BTTF II or III but I will say that BTTF numero uno was freakin’ awesome. The reason being that Zemeckis allowed us to buy into the fact that Doc knew what he was doing.

Unfortunately, I cannot say the same for Shopgirl. The filmmakers did not know what they were doing whatsoever.

To bring you up to date on the premise of the film, Claire Danes’ character Mirabelle, a lonely 26-year-old, meets Ray Porter (Steve Martin) and Jeremy (Jason Schwartzman) who are 60 years old and 26 years old respectively. She goes on a couple dates with Jeremy but ends up falling for Ray after he sends her some fancy black gloves in the mail (quite stalkerish). As the film moves along we see Ray and Mirabelle falling for one another as Jeremy sort of disappears out of Mirabelle’s life.

The film is set in LA (population 3,694,820). This is important because of what I am about to tell you in regards to the scene that almost made me walk out of the theater.

Mirabelle lives in a tiny community in Los Angeles. When Ray picks her up one night for a date he points up to the Hollywood Hills to The Observatory which can be seen faintly in the hills. (FYI: The Observatory offers a fantastic view of Los Angeles near the Hollywood sign.) This is a good representation of the kind of view you can get from up there. 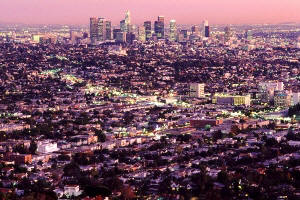 Ray finds the fact that he can see The Observatory in the distance fun because his mansion is right next to the The Observatory. He says to Mirabelle, “I bet we can see your place from my place.” This is a little foreshadow for the most exaggerated moment in film history.

About fifteen minutes later in the film, Mirabelle is on her way to meet up with Ray for a date at his house. As she is leaving she is interrupted by a phone call from Jeremy who wants her to come over. She says she is going to bed and then leaves her house to go to Ray’s. At Ray’s house they stand out by his pool. Ray’s got a pair of binoculars up against his face and he’s pumped because he thinks he can see Mirabelle’s apartment! “It’s next to the green sign…look….it’s to the the left of the green sign,” exclaims Ray.

OK. I am already not buying it but whatever. He can see her apartment? Sure. But, hey — it’s the movies, right?

Then something astonishing happens. I don’t know what kind of binoculars these were but whatever they were must have been state of the freakin’ art. 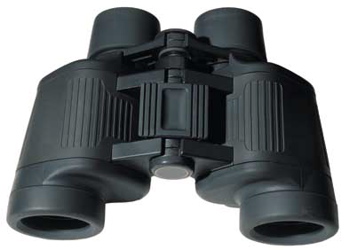 As Mirabelle focuses the binoculars and moves them from left to right to find her apartment she just HAPPENS to zoom right into the window of Jeremy’s apartment!!!!!!!!!!!!!!! She sees him sitting on the couch with his hand down his pants. Quickly, she removes the binoculars from her face and gives them back to Ray totally embarrassed. He asks her what was wrong but she shrugs it off.

I’ll tell you what was wrong….THAT SCENE WAS WRONG.

I know I use the word unbelievable a lot but this is a time where that is the only word to describe this scene. ABSOLUTELY UNBELIEVABLE.

Here is the view again….

There is no way in hell that Mirabelle would have found Jeremy in the swarm of the 3,694,818 people out there. (I subtracted Mirabelle and Ray from the population.)

The only possible answer for Mirabelle’s miraculous find is that she must be a whiz at Where’s Waldo.

If this movie was a spoof then maybe…maybe I’d allow that scene to be in the movie. But not a movie that is trying it’s best to be realistic. (Even though they have a 26 year-old dating a 60 year-old with no double takes from onlookers.)

Personally, I might have sort of enjoyed this movie had that scene been eliminated but since none of the people involved with making this film spoke up and said that the scene “might be a bit of a stretch,” I have absolutely no respect for them at the present time.

Steve Martin, I love you and all, but please stick with movies like Father of the Bride where the 26-year-old lead is your DAUGHTER.

Asterisk/Footnote
* DaWan, thanks for the dinner laden with sesame seeds because I obviously have no ability to order for myself. The ironic thing was that his last name was DaWan and so when I got home and my friends asked how the date went…all I could really say was, “Well, I think he might be… Da-Wan!!”

A Hole Punch of Nonsense

S-A-T-U-R-D-A-Y NIGHT!This picture was taken on a Saturday night back in June. The only thing that moved on his body all night were his fingers.The rest of these pictures were not taken on Saturday ni…
END_OF_DOCUMENT_TOKEN_TO_BE_REPLACED
Category Misc.Posted on Apr 16

Ardy and The Salton Sea

Watermelon – It Baffles Me.

Here's the thing. I've started to notice that watermelon has it tough. You offer me an orange...I'll give you a straight up answer of yes or no. I'll know the second I see it if I want some of your v…
END_OF_DOCUMENT_TOKEN_TO_BE_REPLACED