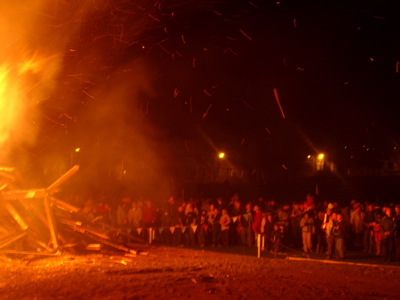 If you were this close to flames wouldn’t you bolt? Not if you’re Scottish. Or have been to Burning Man.

in Crieff, Scotland. During my travels in Europe I took a trip up to the Highlands of Scotland to check out the town of Comrie. Supposedly, there was a big time celebration in Crieff, a town about 15 minutes

away from Comrie, and also the childhood home of Ewan MacGregor. (Yes, I met about 16 people who claimed to be Ewan’s next door neighbor growing up. WHOOP DEE DOO!) 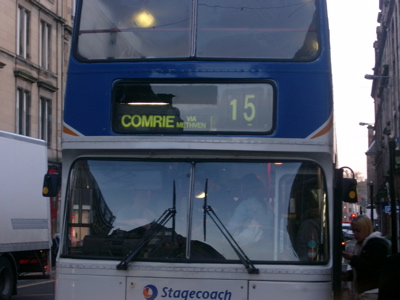 On the morning of GFN (Guy Fawke’s Night), I was sitting at a tea shop in Comrie reading the local newspaper and overheard two locals talking about GFN. By this point I had been in Comrie for a few days and was the only tourist in town. Basically, I stuck out like a sore thumb. (Or like Tony Little at 24 Hour Fitness.) I guess when you live in a town of about 2,000 you notice when someone new shows up…especially someone who pays with her credit card as much as possible just so she can get a reaction…”Oh, last name Comrie…you related to anyone in town?”

That’s what I am here to find out!

So yeah, I continued sipping my tea like a proper Scot while surreptitiously eavesdropping on the convo regarding GFN. I guess they started to suspect something (like Michelle Pfieffer in What Lies Beneath) and looked over at the lone tourist and asked, “You gonna go to the bonfire and fireworks show in Crieff tonight?”

early. I thought I’d roam around and shmooze with the Plaid but shockingly, I was the only one there…well, me and the fireworks people. And there were only four of them.

Where was the party?

Although it was a bit awkward wandering the grassy area solo, I knew that something was going on because well — THE FIREWORKS PEOPLE WERE THERE, right? So I waited…and waited…and waited…and then finally at 7pm… BAM – the whole town showed up. Where. Did. They. All. Come. From? Either Scottish Individuals were just really on time or they were the world’s largest click and moved in packs. It was so bizarre. Everyone from Crieff was there. Even the hot chocolate cart!

Anyway, intensity ensued and people started chucking logs and wood into a pile to create the ritualistic bonfire. Suddenly, music blasted out from speakers as fireworks filled the sky. Everyone was in a state of pure bliss. It couldn’t have been more perfect…well, except if I had a popsicle in my hand that I bought from the ice cream man. 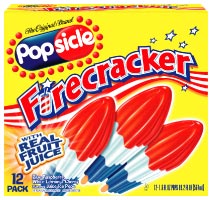 As the fireworks ended the music continued blasting, people frolicked about, kids ran around with sparklers, and the older couples gazed longingly into the bonfire. (I thought they were pushing the envelope by standing so close to the flames…but I was the foreigner. What did I know?)

Then something very weird happened.

The song YMCA came on…and not a single person threw up a Y, an M, a C, or an A. WHAAAAAAAT!?!?!?! It was astonishing. I had never witnessed that before. They seemed to know the words but they seemed to be unaware that some important moves accompanied the famous lyrics. 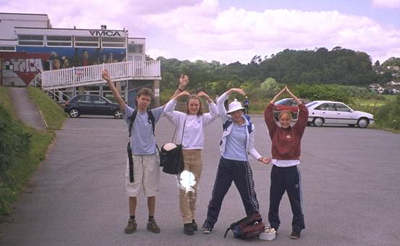 Overall the eight days I spent in Comrie ranged from peaceful to extreme. The hostel I stayed in had sheep… 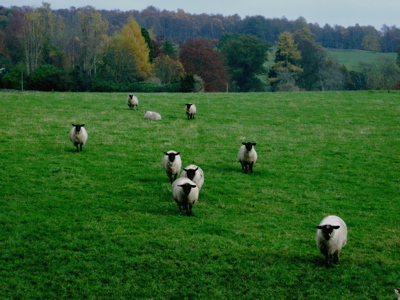 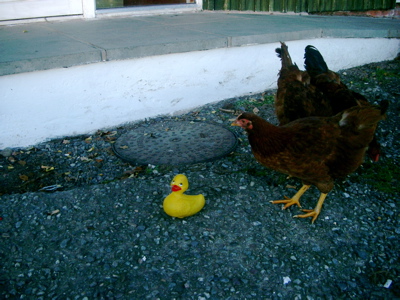 and was in the middle of nowhere… 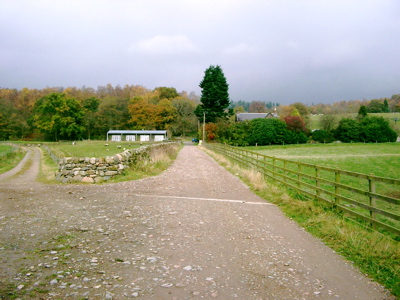 Some nights I was the only guest in the 56 bed hostel…the other nights the other occupants ranged from a Scottish man who tried to make me eat blood pudding for breakfast to a religious group who had come in for the weekend on a retreat. 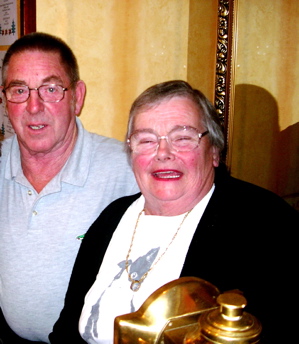 Margaret had just had foot surgery. And her foot was all wrapped up. God bless her and the town of Comrie. And the roosters…and even the sheep. Hey, Saskia

? Would you be mad if I said sheep are the new panda? Secret rage? I mean the picture shows a hint of hostility….just bamboo

Category Misc.Posted on Sep 01May 18

All Y’all Who See a Trend Say Yeah!

What Does It Stand For?

I once got my car fixed by a man named H. I asked him what it stood for....but all I got was, "Just H." So I decided to look into the name H and I found out he is not the only H out there.This is H. …
END_OF_DOCUMENT_TOKEN_TO_BE_REPLACED
Category Misc.Posted on Feb 03Dec 02

STILTS – NOT AS EASY AS THEY SAY

Stilts are not easy to walk in no matter what they say. Whenever I see someone sporting stilts...I ask them, "Are those easy to walk in?" I don't know why I feel the need to ask, the answer is always …
END_OF_DOCUMENT_TOKEN_TO_BE_REPLACED
Category Misc.Posted on Oct 12

The Intense Individual Party is exactly one month away. Many costume ideas have been brought to my attention and some just blow my mind. I love that the people invited to come as themselves are actu…
END_OF_DOCUMENT_TOKEN_TO_BE_REPLACED