So I have my swearing in ceremony on Wednesday to become an American Citizen. There have been numerous interviews, fingerprinting, tests, and oral exams since I began the process but I will not go into them yet. Not until I am officially a citizen Wednesday night will I divulge the top-secret info leading up to this momentous occasion.

To all my Canadian relatives and friends, don’t worry, I still love Canada. And so does Ardy. It was just time I did this. Duel Citizenship. Basically, I still love ice hockey, OK?

I am not nervous about the swearing in except for the rumor that they make you sing Francis Scott Key’s Star Spangled Banner on stage karaoke style in front of everyone. I’m not gonna lie, it could get weird. My friends and family can attest to the fact that singing has never been my forte. I would say the same thing about musical instruments in general except that I taught myself to play “My Heart Will Go On” on the piano back in 1998. (This was the result of a break-up in high school.) 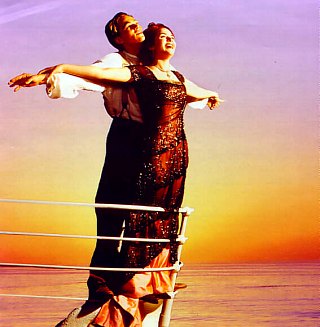 The only other time I felt a surge of musical genius was when I played the trombone in 6th grade. 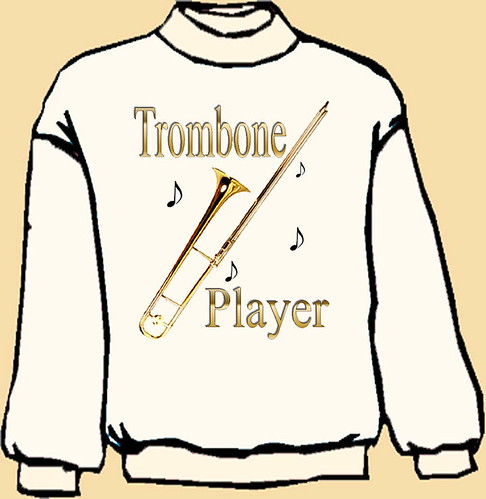 But as years went by I realized that the trombone only made me that much more uncool. That and the mullet I was sporting thanks to Lance, my hairdresser, who thought “sides” would look great on me.

One word: TRAUMA. I suddenly looked like an exact replica of my hockey-playing brothers. The count of boys in the Comrie family had just been increased to five. Luckily, I had my trombone to drown my sorrows into.

This is a fake smile. 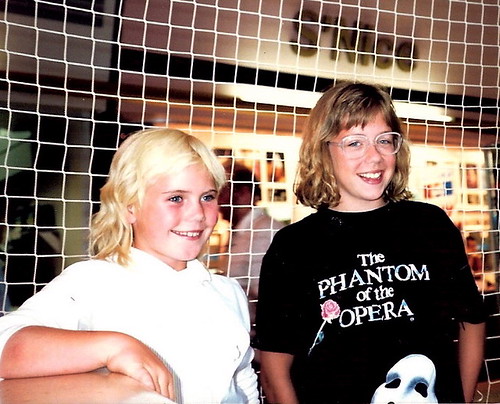 Yes, the net behind me is the net surrounding an ice hockey rink that I am standing on. Yes, that picture was taken in Edmonton, Alberta, Canada. Yes, the girl next to me is my Canadian friend Nicole. Yes, it was our finer days.

Back to my solo performance on Wednesday.

The funny thing about my singing skills is that I used to be in the school choir back in 7th and 8th grade. I practically Milli Vanillied my way through the two years but nobody really knew. The only major solo performance I ever had was when I had a delusional moment in 8th grade and thought I could try out and GET the part of Lady Tiang in The King and I. I somehow scrounged up every ounce of courage I could find and signed up for try-outs.

When the day came to try-out I think Mr. Salter did a double take when he read off my name on the list. As I made my way up to the piano my palms became sweaty (Eminem style). As I arrived at the microphone I gave Mr. Salter a huge grin and he shot me a look back as if to say, “Are you sure you want to do this?” Oh yeah… I was ready.

I am not sure if this newfound confidence stemmed from the fact that my mullet had just finally grown out or what but something was going on in my mind that told me I could get this part. As I heard the intial notes on the piano being played, I scanned the room, saw my crush of the month looking at me, and began to sing away. Or shall I say squeak. Out of my mouth came absolute nonsense that made everyone wince, including Mr. Salter. There are some things in life that are hard to forget. This is one of them. That crush never did ask me out.

The ridiculous thing is that I not only thought I had a good enough voice to take one of the lead roles in “the school play of the year,” I also thought I could pass as Asian. It goes without saying I did not get the part. The character of Lady Tiang went to Heidi Christ who suprisingly had an unbelievable voice. 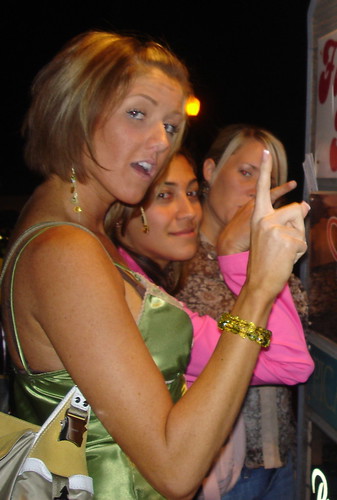 Yeah…yeah…yeah…you’re number one, Heids. I got it.

Maybe I should call Heidi up tomorrow and get some lessons before Wednesday. Come to think of it, she could also help me with my outfit. Something red white and blue. I have a feeling this won’t do. 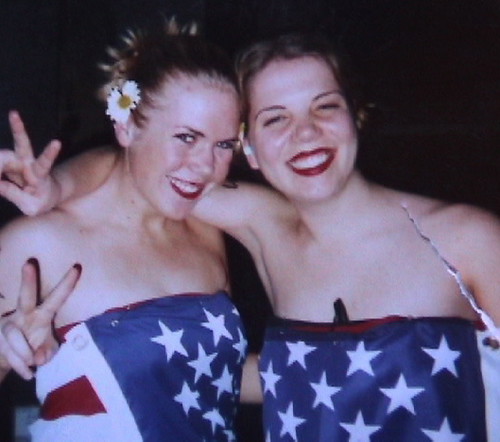 I’ll call you tomorrow, Heidi. (Happy Birthday by the way. I am glad you got to spend it with Beetlejuice.)

Do you remember the moment when you realized that stomping on the turtle's head a few extra times would get you "extra lives" in Super Mario Bros One? It was a truly amazing feeling because you actua…
END_OF_DOCUMENT_TOKEN_TO_BE_REPLACED
Category Misc.Posted on Feb 08

Sia at the Grammys!

She Had No Idea…And Neither Did He.

This guy is all about life coaching...giving people their ah-ha moments one city at a time. This woman is ready for fall... This guy is ready for Christmas... …
END_OF_DOCUMENT_TOKEN_TO_BE_REPLACED