Although Halloween is second in line to The Intense Individual Party as my favorite costume day of the year… my friends and I still go all out. Last year, we took it to the next level with Bill and Ted’s Excellent Adventure. Complete with a Circle K visit. 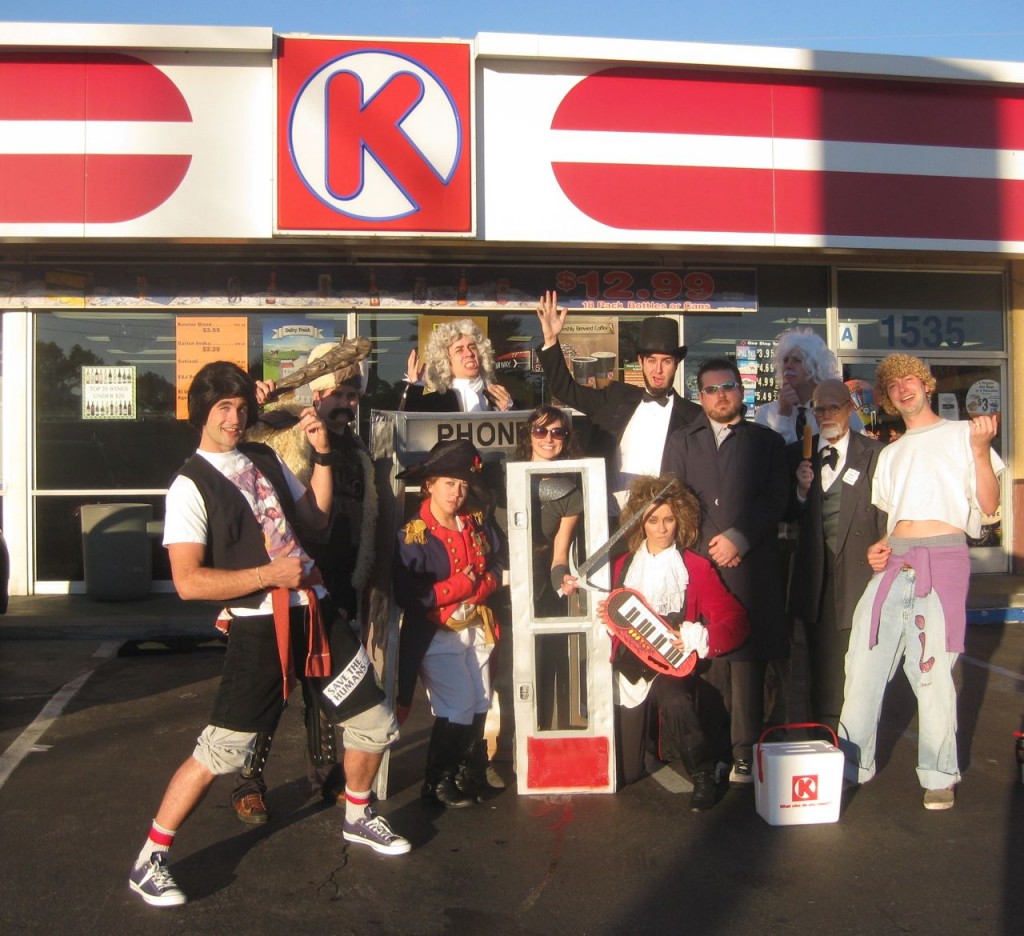 My friends Jaime and Lori MADE the phone booth…it was quite the arts and crafts project! They did a fantastic job and as you can see in the picture below Bill and Ted were able to figure out how to perfect it after a few instructions from Rufus. Strange things were definitely afoot at the Circle K. 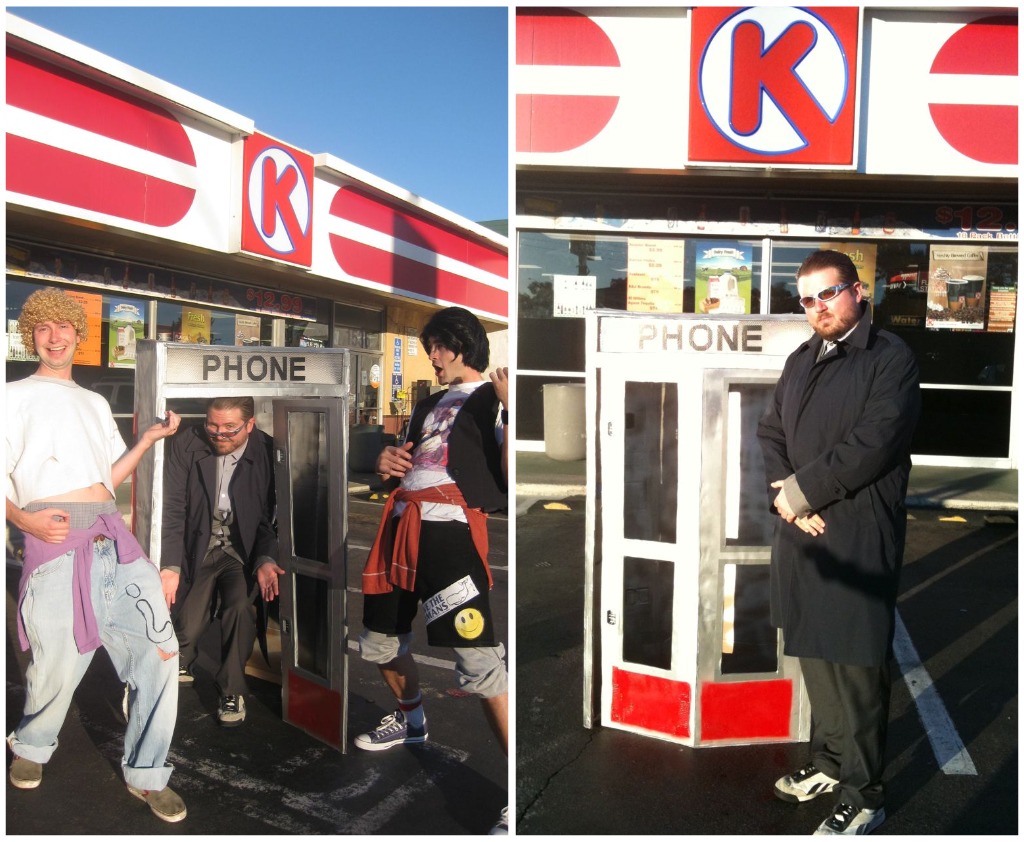 Greg was Abe Lincoln and I was Sigmund Freud. Yes, that’s me as a bald man on the right. I carried around a pickle, a cigar, and a corn dog all night. Things got weird! 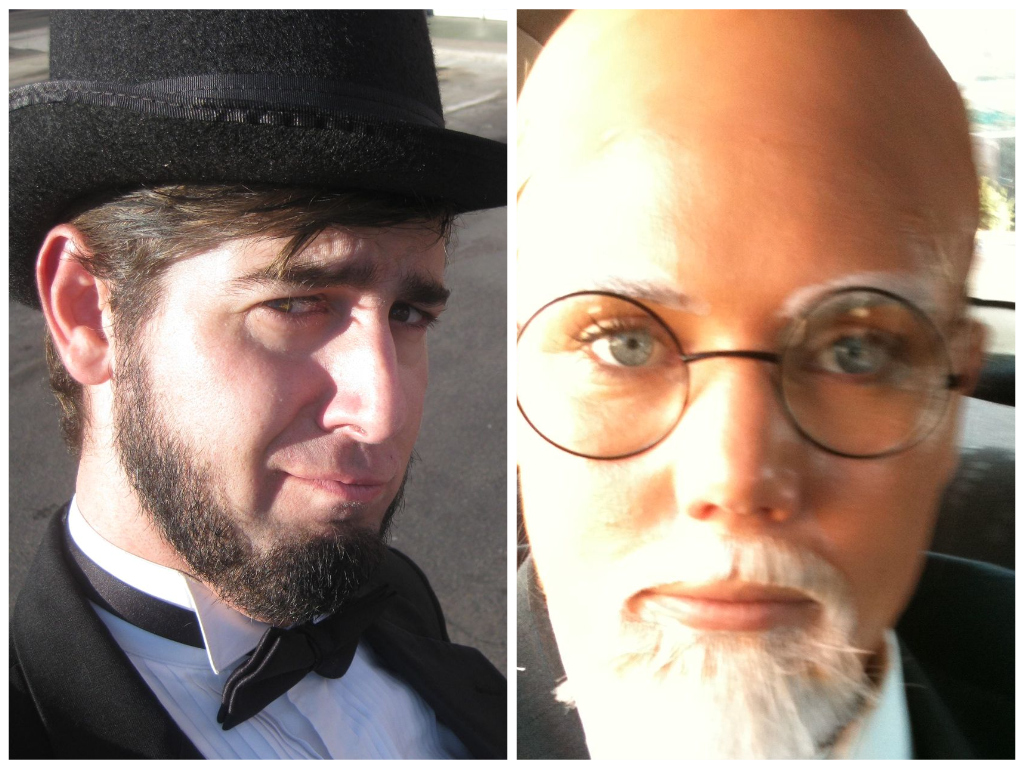 As we were driving to our next location, the Genghis Khan Furniture store was spotted. To say the owners were surprised by GK’s visit would be an understatement. I think lives were changed that day in that store. 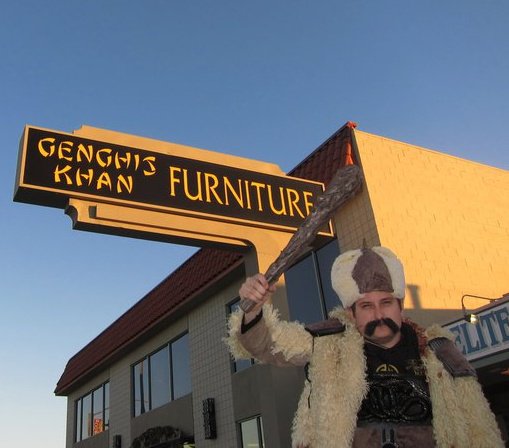 Next stop was Toronado…I don’t think they were expecting “history” to show up for some beers that night. 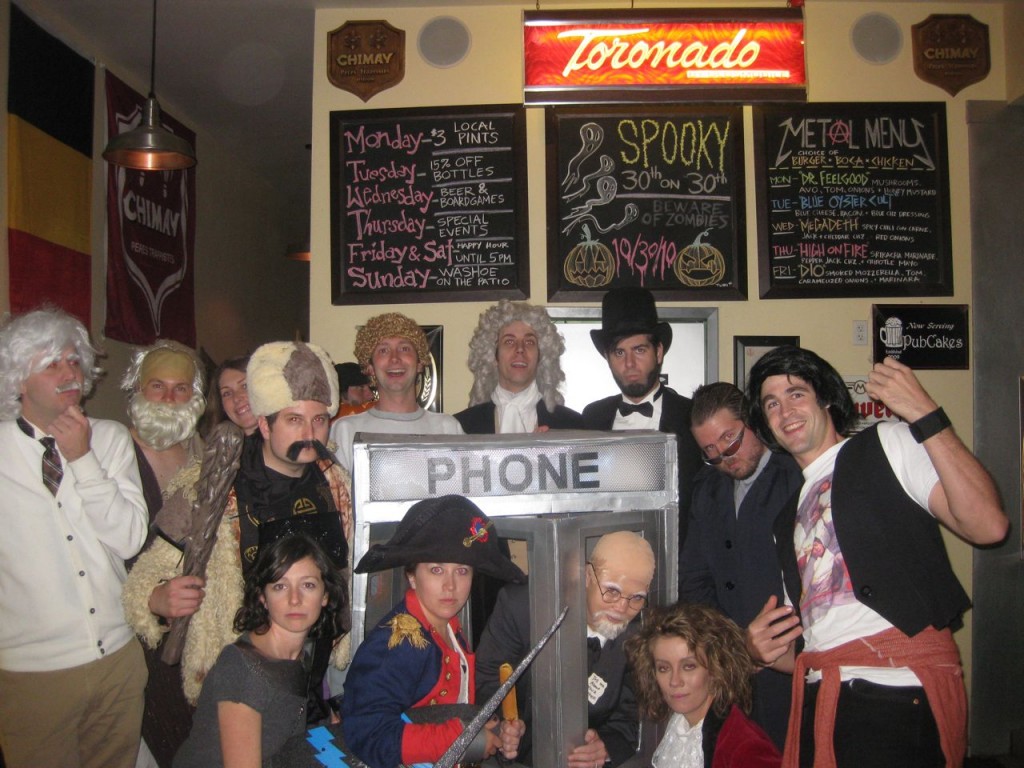 At the bar, Mozart and Beethoven traded jukebox favorites and Billy The Kid made a surreptitious entrance. 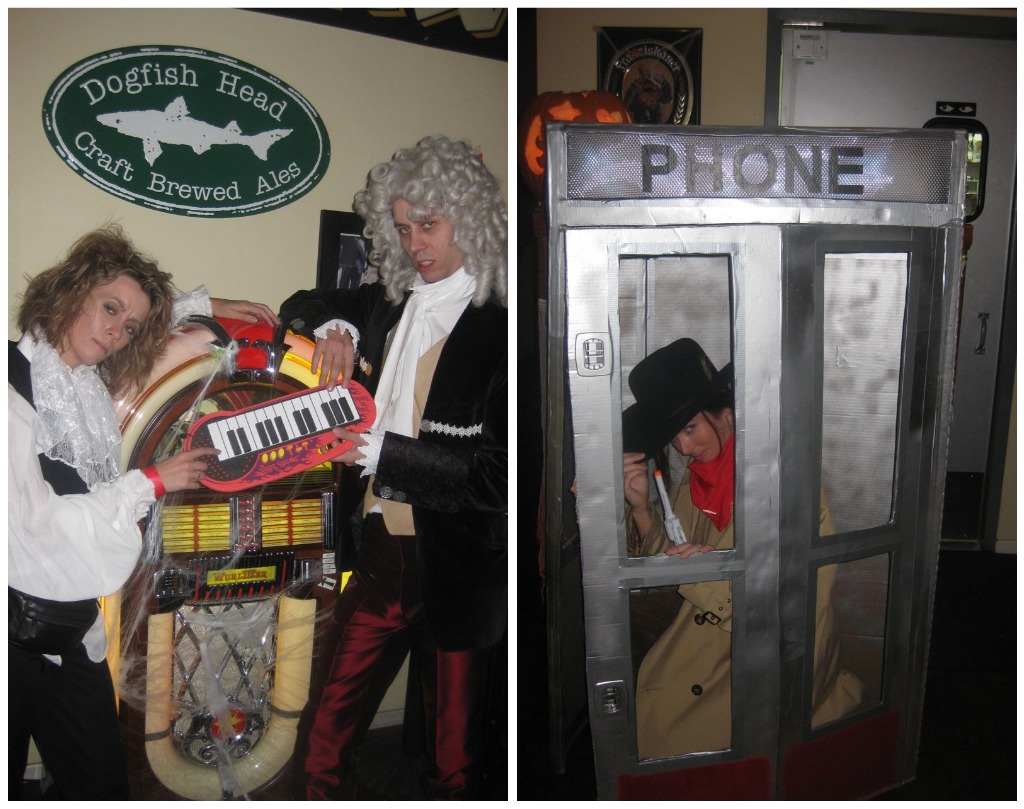 While strange things were now afoot at Toronado, we had a phone booth so it would have gone to waste if we had stayed there all night. So we all hopped inside and headed over to El Take It Easy. Rufus was not very pleased that the hot princess babes were distracting Bill and Ted from their history lesson. 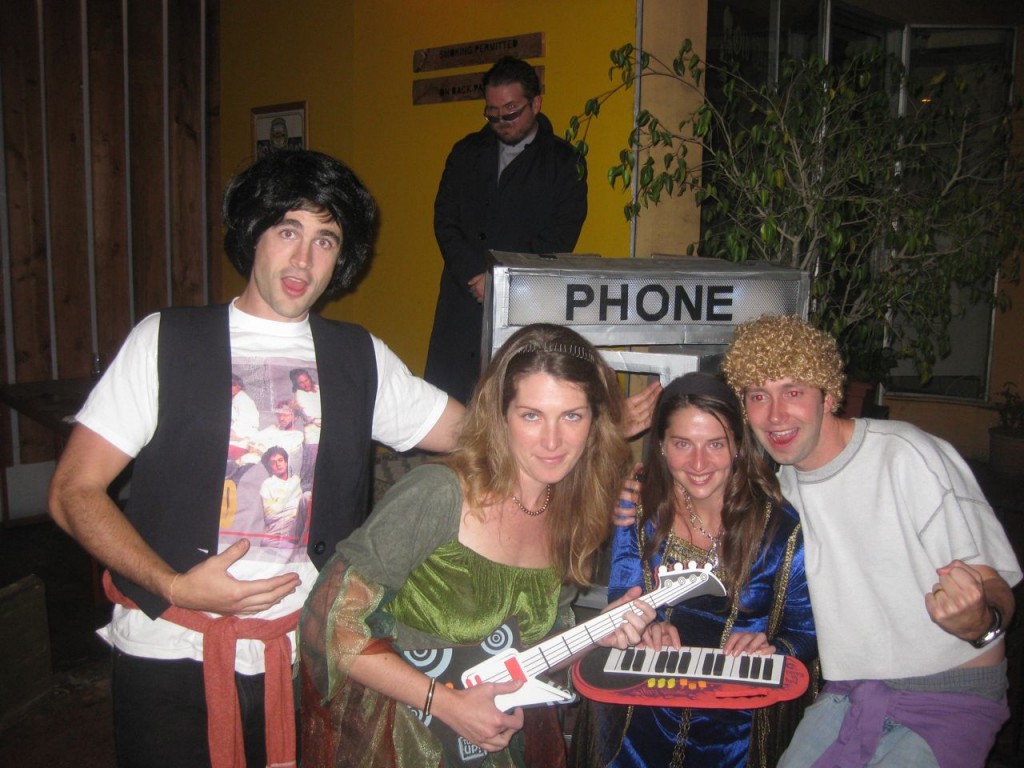 Later Bill met up with Joan of Arc in the phone booth…word has it she was impressed with his sweatshirt. 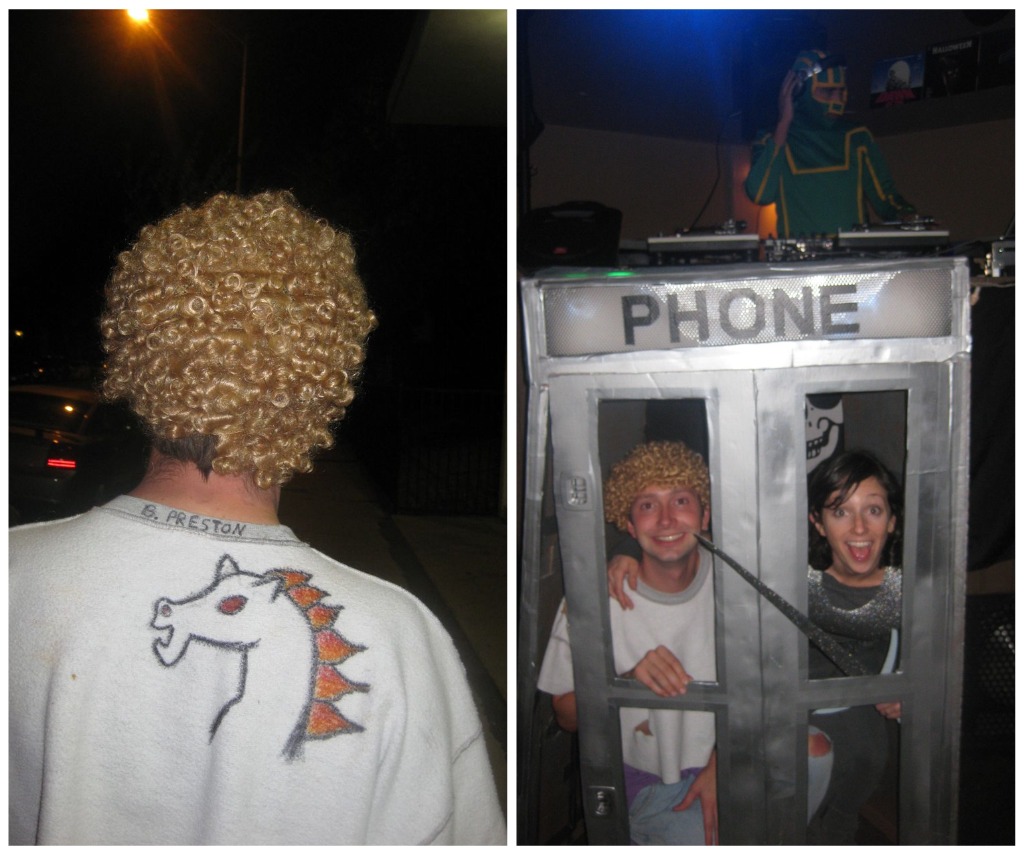 Worried about the Princesses? Oh don’t worry…Socrates took over Bill’s interest in one of them… 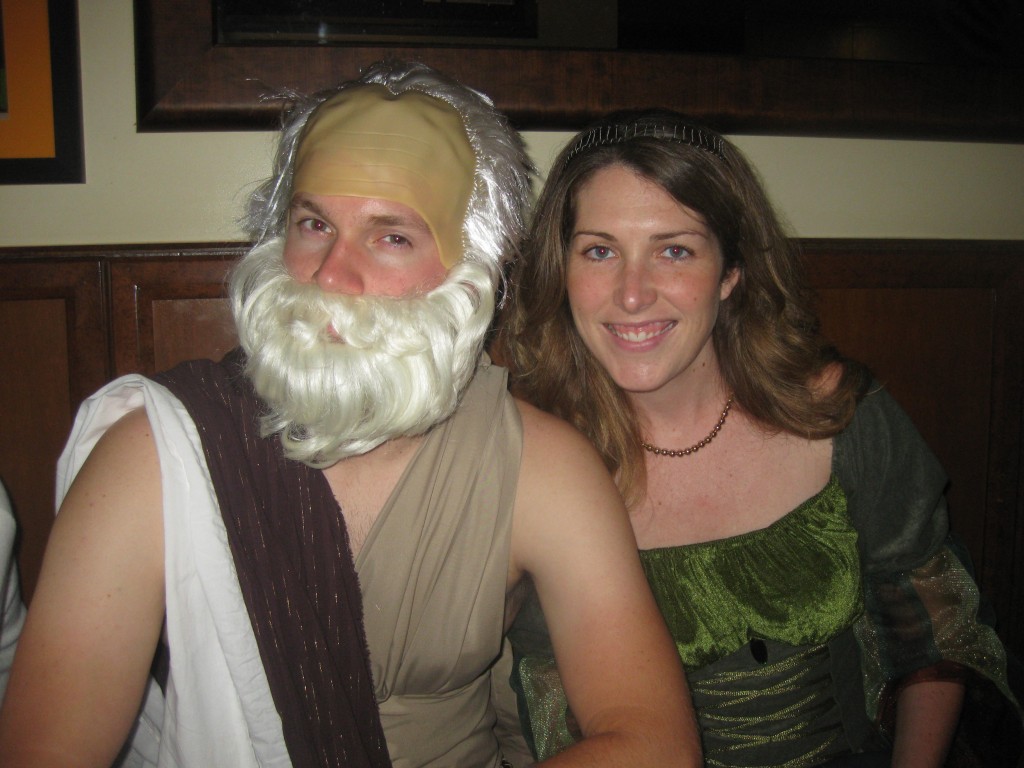 And the Grim Reaper took up interest in the other Princess. 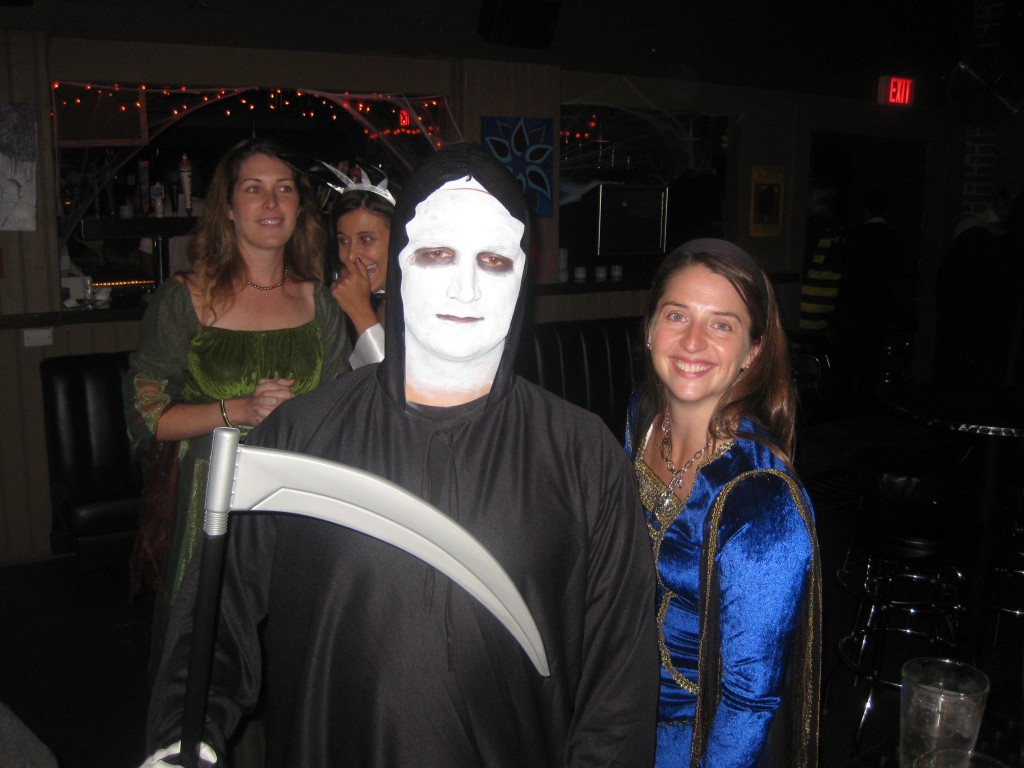 It was truly the most excellent Halloween….and this Saturday the group costume will strike again. Stay Tuned. 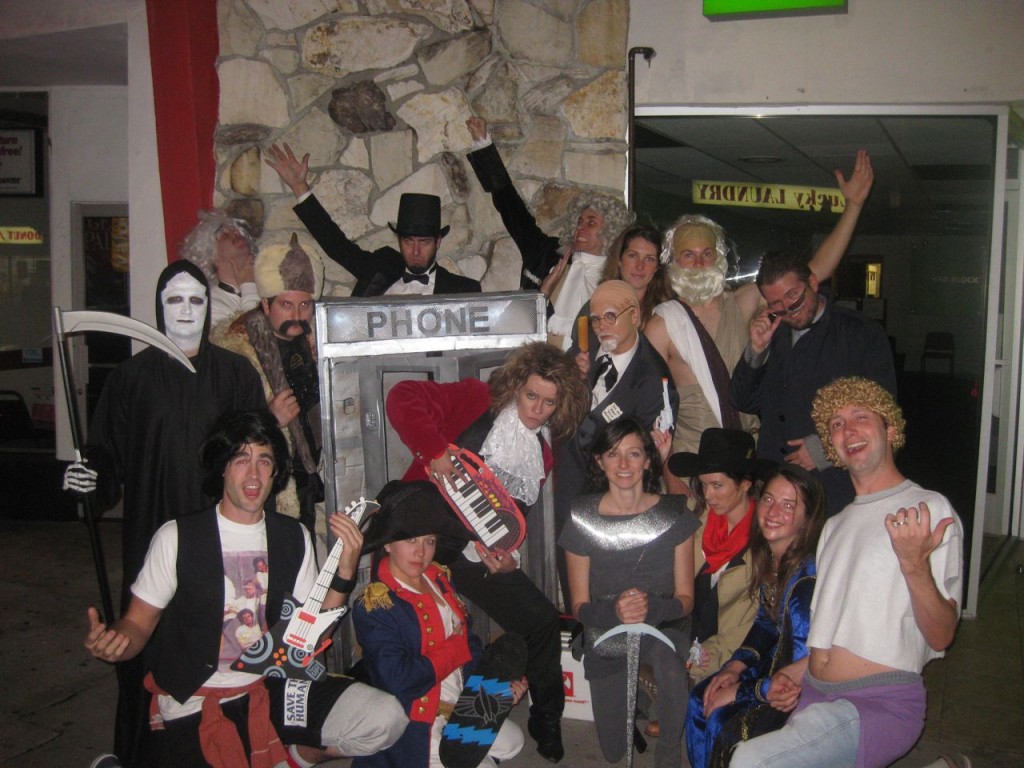