There is a squirrel Greg and I named Randy that lives on our roof. He’s a jumper for sure and loves the tree in our backyard. He can jump for an hour without getting tired. We’re talking LEAPS….legit leaps that if any human were to accomplish they’d set the world record for human flight. Randy’s got some serious jump power…and to me that defines the act of flying. Unfortunately for Greg he has never seen this gymnastic feat performed by Randy and we have had numerous debates about Randy’s said talents.  He doesn’t buy how far I’ve told him Randy can fly and I have pleaded with him to “Please believe me! Randy is AMAZING!” 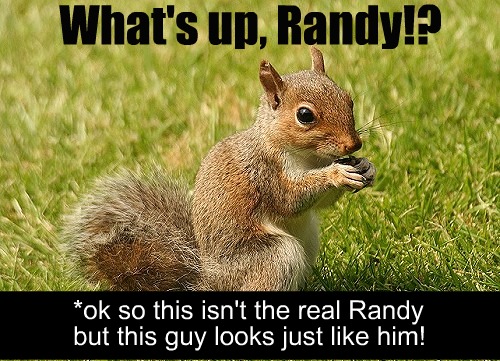 So my mom was over for dinner the other night and the conversation turned to Randy. I was describing the jumps to my mom but she just looked at me very suspiciously and said “Randy does not sound like a flying squirrel, Lisa.” Of course Greg celebrated this statement with an “I told you so!” I just couldn’t believe this…I had seen Randy’s jumps and I knew he had more power than any squirrel I had ever seen. I tried to explain in more detail how far Randy actually jumps when finally my mom blurted out “Have you ever seen a flying squirrel?” I told her yes… I’d seen Randy. Not buying it, Greg brought out his laptop and Googled flying squirrel. The picture that stared ahead of me frightened me more than the movie Lady in White. Holy crap! Flying squirrels are bats. Randy is definitely NOT a flying squirrel.  Aren’t these things the scariest creatures you have ever seen? 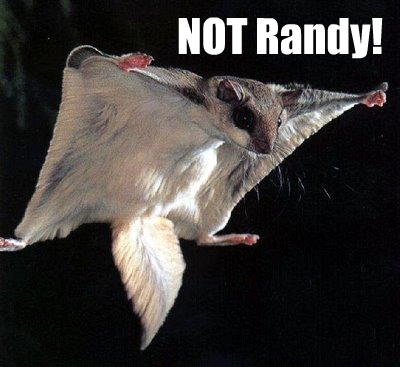 My sincere apologizes to Randy. I will never call you a Flying Squirrel again!  But dammit Randy…you sure can jump far.